Win a $15 GC: The Brothers' Band by Liza Malloy

This post is part of a virtual book tour organized by Goddess Fish Promotions. Liza Malloy will be awarding a $15 Amazon or B/N GC to a randomly drawn winner via rafflecopter during the tour. Click on the tour banner to see the other stops on the tour. 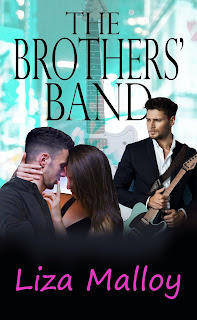 Bookworm Lily Mitchell vowed never to date another musician, but Dylan Parker is nothing like the stereotype. Sure, he’s mysterious and sexy, with a flashy car and serious bedroom skills, but he’s also smart, hardworking, and humble. He shares Lily’s passion for classic literature and constantly surprises her with romantic gestures. Their steamy relationship moves at whirlwind pace, and Lily has never been happier.

It’s all so perfect that at first, Lily wills herself to ignore the emerging red flags. As her worries about Dylan increase, she finds friendship and comfort in his brother and bandmate, Thomas. But Lily soon discovers that as much as Thomas cares for his brother, he’s also fallen hard for her.

As Dylan spirals further out of control, Lily must decide what she really wants, and whom she is willing to hurt.

My favorite coffee shop was a block from the subway station, and as soon as I reached the street level, I felt the rain. It fell in sheets, soaking everything and everyone in its path. It was a quiet shower, not just in the way it barely made a sound as it pelted the concrete and metal comprising Midtown West Manhattan, but also as it seemed to mute the normal noises we New Yorkers expected of our surroundings…the honking, the chatting, the clanking of machinery.

I smiled at the beauty of it, but once the first drop hit my hair, I shrieked and ran as fast as my Louboutin heels could carry me. Traffic forced me to stop at the next light, but I resumed my dash as soon as the intersection cleared, weaving haphazardly amidst a crowd of people holding everything from newspapers and briefcases over their heads. I was comforted only by the fact that clearly, no one else had thought to bring an umbrella today either.

Finally, with the coffee shop in sight, I smiled again, only to have the heel of my shoe stick in a drainage grate.

I grunted, apologized to the people whose path I was blocking, and tugged, but the shoe stuck firmly. I needed a better angle to unwedge the shoe, and the only way to achieve that would involve stepping out of the shoe and placing my bare foot on the dirty sidewalk. Unable to stomach that option, I futilely wrenched harder. My clothes and hair were already drenched, and the water pooling around my forehead was starting to drip into my eyes and obscure my view of the trapped shoe. My pride had taken a hit, but I had to retrieve my shoe without harming it. Sure, it was last year’s design that I’d bought on sale, but any Louboutin, even one on sale, was a chunk of change.

Suddenly, the rain stopped. I glanced up, as though expecting to see that God himself had performed this valued miracle, but instead, I simply saw an umbrella held firmly over my head. A man, the bearer of the umbrella, crouched down beside me.

“Let me try,” he offered, in a dreamy British accent. With a quick twist of his wrist, the shoe popped free. I stumbled backwards as the shoe came loose, and the man steadied me gracefully, a quick “whoopsie daisy,” escaping his lips. 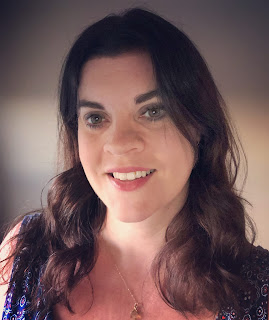 Liza Malloy writes contemporary romance, women's fiction, suspense romance, and fantasy. She’s a sucker for alpha males, bad boys, dimples, and muscles, and she can’t resist a man in uniform. Liza loves creating worlds where the heroine discovers her own strength and finds her Happily Ever After. When Liza isn’t reading or writing torrid love stories, she’s a practicing attorney. Her other passions include gummy bears, jelly beans, and the occasional marathon. She lives in Hamilton County with her four daughters and her own Prince Charming. Her books Sixty Days for Love, For Love and Italian, and Forbidden Ink are available in paperback and ebook, and can be found on Amazon, iBooks, Barnes & Noble, and Kobo. More updates and fun bonus content available on her website.

Buy the book at Amazon, Barnes and Noble, or iBooks.

Buy the following books on Amazon:

Sixty Days for Love
For Love and Italian
Forbidden Ink

Goddess Fish Promotions said…
Thanks for hosting!
5:46 AM

Author Liza Malloy said…
Thanks for having me on your site today. What a fun blog! So excited to share The Brothers' Band with readers.
9:23 AM