This post is part of a virtual book tour organized by Goddess Fish Promotions. The author will award a $20 Amazon/BN gift card to a randomly drawn winner via Rafflecopter. Click on the tour banner to see the other stops on the tour.

The storm sweeps in like a thief in the night... Winter storm Holly is the worst in eighty years bringing high winds, subzero temperatures and snowfall better measured in feet than in inches. The weather paralyzes everything in its path, but in this storm, weather isn’t the only threat.

A new installment of STORMWATCH releases each Thursday starting December 5 through January 9. Each thrilling full length novel is a standalone story with no cliffhangers. Don’t miss a single one from half a dozen of the genre's bestselling storytellers! 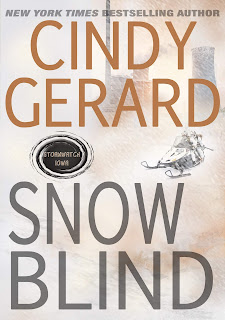 It started out as a simple recon mission – then the worst happened. Recon evolved into an imminent threat and Rapid Response Alliance operatives, Cara Graves and Josh Haskins find themselves with less than 48 hours to circumvent a nuclear disaster. Fighting against the clock and the worst blizzard to hit the Midwest in almost a century, Cara and Josh risk everything – including their feelings for each other – to stop what the terrorists hope will be Armageddon.

T'was the season. Family. Friends. Food. Ho. Ho. Ho. The team was definitely due for some R & R. They weren't going to get it. Not yet. At least Cara wasn't. Neither, she'd decided, was Haskins.

Another flight announcement over the din of the crowds waiting at Chicago, O'Hare, Terminal C, had her rising wearily to her feet.

“That's us.” Cara shouldered her carry-on and got in line with the passengers boarding the December 23th, 12:10 pm flight from Chicago, to Cedar Rapids, Iowa.

Her Christmas holiday. Not how Cara had seen it playing out. The RRA jet had delivered them from NYC to Chicago an hour ago but it was commercial from here on in. They didn't want to draw any undue attention. A private Gulfstream flying into the small airport in Cedar Rapids this close to Christmas probably wouldn't raise any red flags but it could draw some speculative attention and that was the last thing they wanted.

Keeping a low profile was already a bit tricky considering that Haskins drew the interest of most women and a few envious men. It was human nature. When you saw a six foot four, ruggedly attractive, mature male who could easily pose for the cover of MEN's HEALTH magazine, it was hard not to stare. Especially when his gaze landed, even briefly, on you. Steel gray. Piercing. Aged to perfection from creases fed by the sun and combat and living on the edge.

So low profile? Not so much. Not with Haskins on the scene. Still, it was economy seats and a valiant attempt at playing average Jane and Joe. Carry on only. There hadn't been time for packing so they'd each brought only specific technical surveillance gadgetry that they'd need and couldn't buy when they got there. RRA had provided them both with night vision glasses equipped with infrared thermal imaging cameras. As far as she knew, they were the first to field test this new version.

Icy air stung Cara's cheeks, making her eyes water as they crossed the open tarmac toward the small airbus that would deliver them to Cedar Rapids in under an hour.

Haskins, a North Carolina boy, tucked his chin into the collar of his jacket but didn't grumble about the cold. Haskins never grumbled. He glared. He simmered. Sometimes, he even boiled. But like a good soldier, he followed orders and did his job. Did it with precision and skill and if he had a problem with her performance as the team leader and as his CO, he hadn’t shown it on a single one of their many missions during the last year and a half.

He clearly, however, had a problem with her. With being around her. With sometimes being very near to her in the often close confines required by their operations.

She wasn't mistaken about that. She felt something. The crackle. The sizzle. 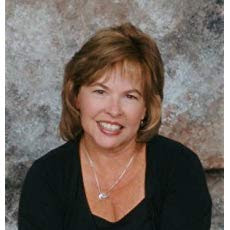 Buy the book exclusively on Amazon.