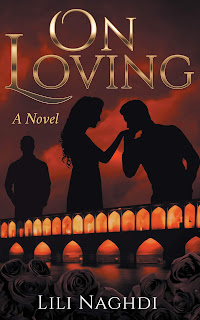 In 1972, Dr. Rose Hemmings has just finished her general surgery residency when a haunted stranger is shot in front of her in a New York City bar, and their lives become forever intertwined. And when, having been given the blessing of her adoptive father on his deathbed, Rose travels to prerevolutionary Iran to discover the past her American family kept secret from her, she finds a true Pandora's box. It is a world both foreign and familiar, in which her primary place is as the heiress to a great tribe. In Iran, Rose will find family she never dreamed of, her own people, and a man who loves her as passionately as he does the rare black roses of his garden. She will return to the United States carrying a new secret and torn between two men: the one she loves helplessly, and the one who loves her unconditionally.

Woven throughout with Persian poetry ancient and modern, On Loving is the story of one woman's lifetime of love and loss, of societal change in a nomadic people, and of overcoming personal challenges, including mental and physical health, to find true contentment. Above all, it is a story of love: its physiology, psychology and philosophy; the many forms it takes; its myths and truths; its challenges, its joys and its gifts.

It was almost nine when I got back. Kim had fed Layla and put her to sleep. I sent Kim home for the night, kissed Layla’s face good night and went to my room to change for bed.

Siyavash’s letter was still on the floor. I bent down and picked it up.

Inhaling the scent of the dried black rose, I wandered to the window and stared at the thin, even white carpet of snow on the street. Where do I want to be? I asked myself. Somewhere beautiful, calming. Somewhere full of life, with a boundless, vaulted sky above my head, perhaps!

I then closed my eyes and let myself being taken to Siyavash’s majestic rose garden in Isfahan. I could feel the breeze in my hair, could feel the warmth of the sun on my face. I remembered how Siyavash had looked at me with love and admiration there. I was blind not to see it then. I couldn’t recall Dean looking at me like that …

I opened my eyes and read Siyavash’s letter again, raking my fingers through my hair. Then, nervously rubbing my neck, I went to the phone next to my bed.

“Good evening,” I said when the other end of the line picked up.

“Yes, it’s me!” I paused and swallowed the lump that had risen in my throat. “Come back home! Just come back to me!”

I quickly hung up and rushed to the window, as if for air. Snowflakes were still dancing their way down to the ground.

My chest felt so constricted that I could hardly breathe.

Am I questioning Dean’s love for me? I wondered. Am I comparing it to Siyavash’s? But that was impossible! I shook my head. I’m just giving Siyavash a chance to redeem himself, a proper second chance. But the reminder to myself was pointless: the truth was something else, and I knew it!

I was at fault here. I was the guilty — guilty of blocking not only my ears but also my soul from hearing Siyavash’s voice, so ignorant indeed that my heart was finally reproaching me for my bigotry and cruelty.

I folded the letter and tucked it away in the drawer next to my bed.

I’ll know soon how I need to deal with him, I told myself. Or I’ll just have to find a way around it! 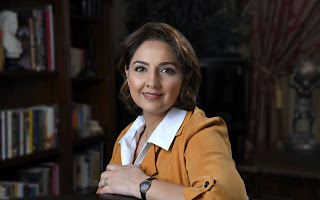 Lili Naghdi is an Iranian Canadian physician who was born and raised in Tehran. She continued her education and research after moving to Canada with her husband and daughter in 1996. Today she practices family medicine in Vaughan, Ontario, with particular interests in women’s and mental health. Being a family physician gives her the privilege of connecting with patients and participating in their care with a deeper understanding of the physical, emotional and social adversities they face. Interacting with people of many different backgrounds has also provided Dr. Naghdi with the opportunity to grow as a person, a physician and an author.

Growing up in pre- and post-revolutionary Iran, Lili became fascinated by the magical realm of literature, poetry and history. She began collecting prized quotations at the young age of eight. Dr. Naghdi has written poetry and short stories in both Farsi and English, but she eventually followed William Wordsworth’s advice to “Fill your paper with the breathings of your heart,” and turned to fiction.

On Loving is her first novel. Inspired by both the ordinary people she has the honor to support and by the great literature of Persia and the world — from Hafez to Forugh Farrokhzad and from John Steinbeck to Margaret Mitchell — Dr. Naghdi passionately agrees with Boris Pasternak, whose Yuri Zhivago is a physician and patriotic poet, when he writes: “Literature is the art of discovering something extraordinary about ordinary people and saying with ordinary words something extraordinary.”

Goddess Fish Promotions said…
Thanks for hosting!
4:09 AM

James Robert said…
I encourage reading so having a family who loves to read I sure support.Thanks for sharing your terrific read with us.

It is so great joining you on another stop of my virtual tour. I’d like to thank our host and Goddess Fish Promotions for giving me this opportunity.
As you may find out from the blurb, “On Loving” is not only a love story but more importantly, it is a story about love itself, its physiology and philosophy, the many forms it takes, its myths and truths, its challenges, its joys, and its gifts.
I would like to ask everyone this question, and I’d appreciate everyone’s participation:
How do you define “LOVE” in your own words and based on your own experiences?
“On Loving” is the story of one woman’s lifetime of love and loss, and the true meaning of love, and this “true meaning” could be different for different people.

Thank you for your participation and good luck in the giveaway!

Bernie Wallace said…
Are any of the places in the book based off of real places that you visited?
10:12 AM

Mya Murphy said…
I loved learning about you, and the excerpt sounds super good!!
1:27 PM

Lili Naghdi said…
This comment has been removed by the author.
2:25 PM

Thanks for your participation. Almost all of the places mentioned in the book are places that I've visited throughout my life including Château de Malmaison (suburbs of Paris0 and cities in Iran including the beautiful ancient city of Isfahan. By following Rose's story, you will travel to pre-revolutionary Iran and visit many parts of the country including the Caspian Sea. Good luck in the giveaway!

marisela zuniga said…
This sounds like a really good book, thanks for sharing
7:11 PM

Lili Naghdi said…
Thank you all for joining us. I'd like to thank our host and Goddess Fish promotion for this great opportunity. Good luck in the giveaway.
9:24 PM

Rose-Marie said…
This sounds fascinating, and beautifully written. I can't fathom almost drowning, I wonder if such an experience has added a dimension to your writing.
9:34 PM

Thanks for the kind comment. Fortunately, my husband and I were saved from being drowned in the Caspian Sea by a total stranger. My husband risked his life to save me and this was the inspiration for me to write a part of the story referring to unconditional/selfless love. Hope no one would experience what we did.Quite frightening! Good luck in the giveaway!

Bernie Wallace said…
How many books have you written so far? Congrats on the release.
9:15 AM