This post is part of a virtual book tour organized by Goddess Fish Promotions. L.J. Epps will be awarding a $20 Amazon or B/N GC to a randomly drawn winner via rafflecopter during the tour. Click on the tour banner to see the other stops on the tour. 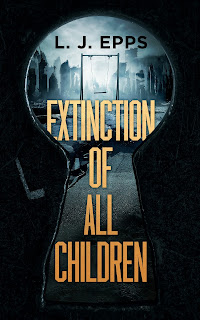 The futuristic world of Craigluy has been divided into three territories and three economic classes. A large wall separates the territories, so the poor cannot mingle with the rich.

Since President Esther, the ruler over all of Craigluy, believes the poor do not have adequate means to take care of children, they are no longer allowed to procreate. Pregnant mothers are imprisoned until their babies are born, then the infants are taken away.

Emma struggles to understand why she was spared while others weren’t. She doesn’t like the laws and believes they should be repealed. Her family doesn’t agree with her; they discourage her rebellious streak. Yet, she helps them to cover up their own family rebellion. She helps them to hide a big secret, a secret that could be both disastrous and deadly for members of their family.

As she meets new people along the way, Emma learns who she can and cannot trust. And, in the end, she makes a gut-wrenching decision that may be disastrous for everyone.

She finds herself in danger for doing what she feels is right.

I hear a loud voice. My heart jumps. It sounds like Rich.

There are no windows here, but my internal clock tells me it is bedtime. I was waiting for the lights off in ten minutes call. Instead, I see him standing in front of my cell. He looks the same yet scarier, and his green eyes peer at me. His hair looks as bright as a ripe cherry. My hands shake.

“I’m not going to say it again. You’ve been summoned to see the president.”

“But it’s almost time for lights out.” My voice quivers.

I stand and my knee twitches. The ice pack, lying on my side, falls and crashes to the floor. My cell door opens with a squeal, and Rich steps inside. He is dressed in his uniform, and he smells of musk and liquor. I didn’t think guards could drink while on duty, but what do I know.

Once I’m out of my cell, he snaps the handcuffs on. The coldness straddles my wrists. Like a dog on a leash, he leads and I follow. My stomach is in knots. I don’t know what to expect once we reach the president’s quarters. But, we don’t go to the fifth floor; the elevator dings on the second floor. He pulls on my handcuffs and yanks me off the elevator.

About the Author: L.J. Epps is a lover of all things related to books: fiction and nonfiction novels, as well as biographies and autobiographies. She has also been known to sit and read comic books from cover to cover, several times over.

Over the last few years, L.J. has written several manuscripts; her mission is to publish all of them. She enjoys writing fiction in several genres, including contemporary romance and women’s fiction, as well as young adult dystopian, science fiction and fantasy. She loves to write because it immerses her into another world that is not her own.

L.J. Epps said…
Thanks, so much for featuring me on your blog today. I’m so excited to share my novel with you! I hope everyone enjoys Emma’s adventure!
11:01 AM