If you could apologize to someone in your past, who would it be?

A friend who I treated badly when I was a stupid kid.

If you could keep a mythical/ paranormal creature as a pet, what would you have?

I’d like a Potter-like Dobby, but one less whiny. He could magic me out of problems and produce beef stroganoff or Peking Duck on command.

How do you keep your writing different from all the others that write in this particular genre?

My prose style is a variation unlike that of most SFF prose stylists, but only because of my peculiar writing background, my absorption of an eclectic number of authors. Otherwise, it’s nearly impossible to state with certainty that you “keep your writing different from all others.” I’m not certain anyone can claim “all” with any degree of total certainty. You might be setting yourself up.

What are the best and worst pieces of writing advice you ever received?

Oh, gods! The worst? Let me throw a dart. Don’t write flashbacks? Don’t use more than one point of view? Ignore “show don’t tell” advice when writing fiction? … As for the best, my favorite is a Truman Capote quote wherein he talks about being a dutiful apprentice to his craft.

Are the experiences in this book based on someone you know, or events in your own life?

Ha ha! No, but I sure wish they were! 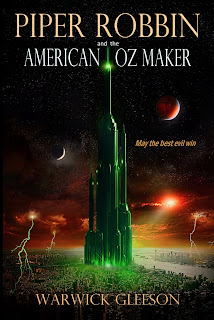 An adult fantasy that takes one of America's favorite tales and transforms it into a dark and epic landscape few can escape much less understand. Imagine Potter meets Avengers in Emerald city and you're getting close.

After a homicidal alien from Orion arrives on Earth intent on annihilating human life, the 21st century's greatest sorcerers create a network of seven Oz-like city worlds designed to harbor the human race in a newly formed utopia while also protecting it from the alien entity. But the alien is far more magically powerful than anyone suspected. Piper Robbin, ancient daughter of the Earth's greatest sorcerer inventor, Edison Godfellow, must sacrifice all to defeat the implacable force that calls itself "The Witch Queen of Oz," and quickly, before Earth becomes only a cold cinder floating among the stars.

THE FORGOTTEN CHILD IN PIPER ROBBIN, for the first time that day in the coffee shop, understood the meaning of true panic. Crushing a stone to powder or throwing a javelin half a mile wouldn’t fix anything (and neither would anyone in New York care) like in the old days of Ulysses. Muttering spells that made deserts bloom or oceans boil meant less than cooking a burger on the grill. Mortality for all, even the gods and greatest sorcerers, might be just around the corner. People think just because you’re a great magical being of some kind you have it made. Nothing could be more wrong. Your hopes and dreams are often spit on, your happiness ruined, your friends killed, and you lose sleep at night, worrying about shit just like everyone else. And besides obligations you really don’t want, you face mega-dangerous freaks way too often because you’re expected to, you know, cause you’re the official bad ass superwoman. By the gods! Really? You crawl in pain and heave up your insides for starters, die in lots of ways, and after all that trouble, sometimes you don’t come back. 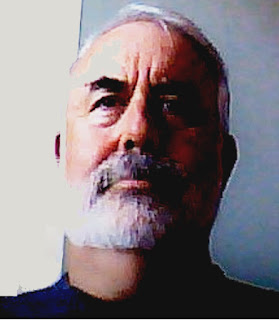 Warwick Gleeson is a dedicated writer of screenplays, short stories, novels, and poetry. He has lived in both LA and NYC and worked many different jobs in his life, everything from roofer to waiter to small business owner to government analyst. He was the major writer, creator, and senior story editor for another project published by Del Sol Press called "War of the World Makers" that debuted in 2017. The novel has since won four national novel awards (two first place and two place) for SFF. Warwick is a big fan of great SFF television writing, like the kind you find in Emerald City, Gotham, The Expanse, and Umbrella Academy. He now lives in Tuscon, AZ, with a fat lazy cat and his most wonderful wife who is also a writer.

Goddess Fish Promotions said…
Thanks for hosting!
5:37 AM

James Robert said…
I appreciate you taking the time to give us a great book description and giveaway as well. Thank you so much!
7:47 AM

Bernie Wallace said…
How many hours a week do you spend writing on average?
8:38 AM

WarwickG said…
Well, when I'm writing a novel, hours per week varies a bit, but I attempt to keep a schedule of early AM labor, so I'd say 20 hours at least. I am always distracted by personal and biz issues otherwise it would be more.
11:22 AM