Win a $10 GC: A Curse of the Lucky by Nathan Wrann

This post is part of a virtual book tour organized by Goddess Fish Promotions. Nathan Wrann will be awarding a $10 Amazon or B/N GC to a randomly drawn winner via rafflecopter during the tour. Click on the tour banner to see the other stops on the tour. 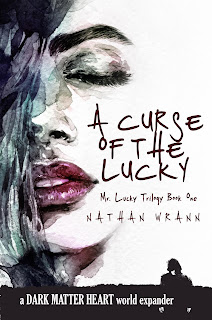 Two things that Jack Smith has always had: bad legs and bad luck. With a violent attack at the Tarrytown Independence Day Carnival, that bad luck has caught up to him with deadly consequences. Going on the run with Jaelle–the mysterious girl of his dreams–he descends into a world of curses, blessings, and fortunetelling Gypsies. The deeper he gets, the more he realizes she might just be the one to save his life... or end it.

The Mr. Lucky Trilogy begins with A Curse of the Lucky.

I was seventeen when I made a choice. I killed a man. I could lie and say it happened so fast I hardly remember, but I won’t. No matter how fast something like that happens, there’s no way to forget.

And, it wasn’t fast at all. It was long and slow and painful for him.

At least, I hope it was. 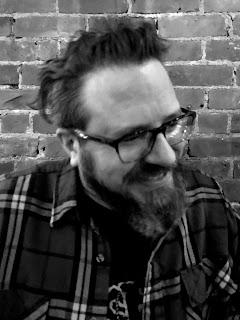 Nathan Wrann was born in Florida and moved around a lot as a child, growing up in New York, New Hampshire, Connecticut, California and finally back to Florida. No matter where he lived you would likely find Marvel Comics or a book in his hand with genres ranging from fantasy (The Black Cauldron), to SE Hinton's teen dramas (The Outsiders), to Stephen King's entire catalogue from Carrie through Tommyknockers. At the age of seventeen he joined the U.S. Army as a Military Policeman, and following that, graduated from Southern Connecticut State University with a degree in video production and theater.

It is not necessary to read Dark Matter Heart to enjoy the Mr. Lucky Trilogy, but I think you’ll like it.

Get Book One: Dark Matter Heart at Amazon.
Get Book Two: From Out of Chaos FREE by signing up for the author's newsletter.

Thank you Dear Reader, we have much fun ahead of us.