Win a $10 GC: Picture Not Perfect by D.E. Haggerty 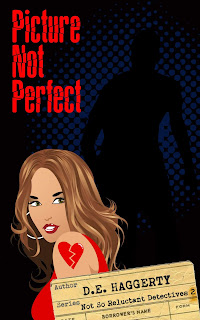 A picture tells a story. But is it the truth?

When the police find pictures of Melanie hanging up at her murdered colleague’s house, they’re convinced he was stalking her. Maybe she even killed him. Melanie was not being stalked! And she certainly didn’t kill her supposed stalker – as if. But Mel – always up for a bit of drama – jumps at the chance to go search for the real killer. When Mel’s ex-boyfriend, Owen, discovers her plans, he pulls out all the stops to ensure she’s safe and to win her back. No matter what happens with the murder investigation, he’s not letting her go. With the police setting their sights on Mel, he may need to jeopardize his own career on the police force to protect her.

Will Mel find the real killer before the detectives arrest her for murder?

“Ms. Hanson, please have a seat.” Detective Meyer motioned to a chair before setting a bottle of water on the table in front of it. Then, he sat down and placed a file on the table in front of him. His partner remained standing in the corner of the room near the door. Mel started to stomp her way to the chair before remembering someone was probably watching and recording whatever she did and said in the room. She firmed her jaw before slowly walking to the chair and sitting down.

She took a few gulps of water before asking, “Is this where you finally tell me what’s going on?”

Instead of answering her question, the detective pulled a picture out of the file and put it on the table in front of her. “Do you know this man?”

Mel picked up the picture. “Sure. It’s Alfred Schultz. He’s a social sciences teacher at the high school where I’m a guidance counselor.” She handed the picture back to the detective. “Why?”

Again, he ignored her. He pulled out a series of pictures and laid them on the table in front of her. Mel looked down and gasped at what she saw. Every single picture was of her. “What in the world are you doing with these? What is going on?”

“These are pictures we found in Mr. Schultz’s apartment.”

“What?” Why would Alfred have pictures of her in his apartment? They weren’t friends. Was he following her? She shivered. The man’s creepiness level just skyrocketed. “What’s going on?”

“That’s what we’d like to know,” Detective Davis replied from her position leaning against the wall.

Mel’s hands shook as she gathered the pictures together and handed them back to the detective. She needed to calm down. Freaking out wouldn’t get her any answers. She forced herself to remember her yoga training. Calming breaths. She could do this. Deep breath in through the nose. Exhale through the mouth. Again. Breathe in. Breathe out.

“What was your relationship with Mr. Schultz?”

“We don’t really have a relationship. We’re colleagues. He’d like more, but …” she trailed off. Wait a second! Her mind rewound on his words. “Was? Did you say was?” She gulped. “What happened?”

“Mr. Schultz was found dead in his home yes—” His words were cut off by Detective Davis clearing her throat.

Mel gasped. “Found dead? Is that cop-speak for murdered?” At the detective’s nod, her mouth dropped open. “How? Why? Who?”

“We were hoping you could answer those questions for us,” Detective Davis answered. She was no longer casually leaning against the wall but now stood with her arms crossed over her chest staring down at Melanie.

“Me? Why would I be able to answer those questions for you?” In response, Davis merely tilted her head towards the pictures.

The pieces of the puzzle clicked together, and she finally realized what was going on. She jumped from her chair. “Holy moly! You think I had something to do with his death!” 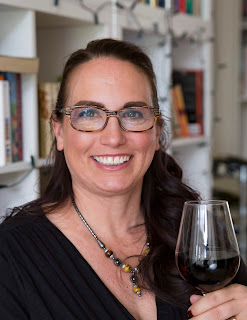 I grew up reading everything I could get my grubby hands on, from my mom's Harlequin romances, to Nancy Drew, to Little Women. When I wasn't flipping pages in a library book, I was penning horrendous poems, writing songs no one should ever sing, or drafting stories which have thankfully been destroyed. College and a stint in the U.S. Army came along, robbing me of free time to write and read, although on the odd occasion I did manage to sneak a book into my rucksack between rolled up socks, MRIs, t-shirts, and cold weather gear. After surviving the army experience, I went back to school and got my law degree. I jumped ship and joined the hubby in the Netherlands before the graduation ceremony could even begin. A few years into my legal career, I was exhausted, fed up, and just plain done. I quit my job and sat down to write a manuscript, which I promptly hid in the attic before returning to the law. But practicing law really wasn’t my thing, so I quit (again!) and went off to Germany to start a B&B. Turns out running a B&B wasn’t my thing either. I polished off that manuscript languishing in the attic before following the husband to Istanbul where I decided to give the whole writer-thing a go. But ten years was too many to stay away from my adopted home. I packed up again and moved to The Hague where, in between tennis matches and failing to save the world, I’m currently working on my next book. I hope I’ll always be working on my next book.

Picture Not Perfect is my fourteenth novel.

Goddess Fish Promotions said…
Thanks for hosting!
6:31 AM

D.E. Haggerty said…
Thanks for hosting the book blast for Picture Not Perfect on your blog today!
8:21 AM