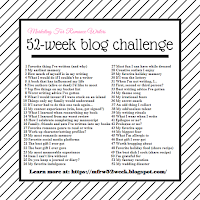 My very earliest memories are when I was in kindergarten. I know many people have memories earlier than that, but I was traumatized before kindergarten (that's another story for another time) so my life as I know it actually began when my mother, sister, and I moved to live with my maternal grandparents when I was four or five.

Kindergarten back in the day was not the organized school like we have today. There were two or three kindergartens in my small town (Mother Goose was the one I attended; Jack and Jill was another one). It was at the home of the owner, Mrs. Frederick,...a large room opened off her main house. Looking back now, it was probably originally a carport that had been enclosed. One of the things I remember is snacktime and recess (food and fun, still some of my favorite things!) The snacks were served out of a small house in her backyard- through a sliding window. I thought that was the neatest thing! We had a small house in my backyard, but it was boring.. just filled with tools, not fun snacks.

I also remember wearing my costume to kindergarten on Halloween. It was a very sad event. My costume that year was a one piece clown costume with an oversized head. Everyone else wore costumes with masks. THEY got to wear THEIR costumes, because they could just take off their mask. Me? I had to take off my entire costume. Sad times.

Another memory was later in kindergarten - May 5, 1961 (no, I didn't remember the date-- I had to look it up). Mrs. Frederick had us all go into her living room where we sat on the floor and watched Alan Shephard as he because the first American in space, thus sealing forever my interest in space!


What about you? What are some of your earliest memories?