This post is part of a virtual book tour organized by Goddess Fish Promotions. Doug Howery will be awarding a $25.00 Amazon GC and an autographed copy of the book to one randomly drawn winner via rafflecopter during the tour. Please note geographical restrictions apply. United States only for the physical prize. Click on the tour banner to see the other stops on the tour.


The view outside my window is framed by TIME. Each pane in the window represents a piece of time…Time for a world of prejudice, bigotry, and hatred.

Outside my window and viewing through the looking pane, there is time for the rights and dignity of the oppressed, a time, and place in this world where beauty and the individuality of people can rise and shine above the deprivation.

Outside my window and viewing through the looking pane, there is time for stagnancy and stereotypes, a time for stereotypical titles such as the Mainstream Moral Majority, a title created for the sanctity of a few in Lynchburg, Virginia.

Outside my window and viewing through the looking pane, there is time for judgment of those who are different. A malignant prejudice that enables people to loathe the ones that should be loved and cared for the most, the ones created in the same spirit like us all.

Outside my window and viewing through the looking pane, there is time for acceptance and love for the whole worth of a person, acceptance for the individual spirit, the spirit that creates nations.

Outside my window and viewing through the looking pane, there is time for all to be esteemed as a whole society, not by the individual wealth or stature in society, the times that create war from the powerful, hunger from self-interest.

Outside my window and viewing through the looking pane, there is time for mothers to kill themselves because of a society stereotyping their children as unnatural.

Outside my window and viewing through the looking pane, there is time for voices of the entire Twenty-First century to make a change for the generations of the next century.

Outside my window, the view is setting high in the alabaster sky: There Is Time!

Sixteen-year-old Smiley Hanlon is a young woman tethered to a young man's body. In the 1950's Appalachia coal fields of Solitude, Virginia, Smiley is placed in the "Mentally Retarded Class" because he is effeminate and wears a blouse and saddle shoes to school.

Smiley is backed by his best friend, Lee Moore who protects Smiley from a father and many townspeople who hate him. Smiley has dreams of becoming an entertainer. Raised by his aunt in a juke joint, as a child Smiley sings and dances on the Formica bar top into the wee hours. Chosen as the female lead, Dorothy, in a new town production called Dorothy of Oz Coal Camp, his dream is being realized. The triumph of the play and his dream is sabotaged by his father and classmate bullies culminating in a tragic and horrific moment that changes both Smiley and Lee, forever.

Smiley and Lee flee to NYC. They learn that prejudice is prejudice whether in the coal fields of Virginia or on the streets of NYC. Smiley suffers at the hands of his real mother who is a religious zealot. She tries to change who Smiley is because he is a boil on the body of Christ. Lee suffers at the hands of psychologists who practice Aversion Therapy-electric shock treatment to cure his homosexuality.

What doesn't kill you makes you stronger. Both Smiley and Lee become forces of change as do countless others. In 1969, Smiley Hanlon and his friend, Lee emerge as leaders of a gay revolution, the historical Stonewall Riots. The riots are vicious but the real battle will be won or lost on another continent: Solitude, Virginia.

The Grass Sweeper God is a force of nature that flows through all things...straightens out that which is bent...which is sick...

Lettie sat on the twin bed with the gun and the letter in her lap. She noticed Brac’s graduation picture sitting on the nightstand. She turned it face down. She placed the love letter from Brac’s lover on top of his graduation picture. She placed Ted’s bankbook, her letter to Ted, her cat-eyeglasses and dentures beside Brac’s turned-down picture. She lay down on the bed. She stretched out and placed the gun at her side and stared at the ceiling. She thought about her children. She had never owned them, never owned herself, and now they could choose their own road in life. But she could choose when to exit this world and how. She had to get out of her head, out of her heart. Tears like the mistakes she had made in life flowed down her face. She put the gun under her ribs and pulled the trigger. 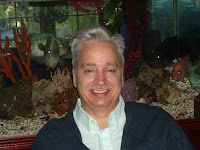 DOUG HOWERY has been writing both fiction and essays since 1990. His essays and familial stories have appeared in The Blue Ridge Lambda Press.

In many of his stories, as in "The Grass Sweeper God," Mr. Howery's true lode, his font of inspiration is in the passion and suffering he has experienced.

Author, Doug Howery penned the novel with insight into his own struggle for sexual identity and personal tragedy. His mother committed suicide in 1982, blaming her two sons' sexual identity in a letter and declaring herself a martyr for intolerance and social bigotry. She referred to her own sons as "Gutter Rats that Could Rot in Hell" and represents the hate and mistrust that have plagued society.

Suspense author, Maggie Grace, with the North Carolina Writers' Network writes about her cohort Mr. Howery: "What I like is the riskiness, the cutting edge of the narrative voice we hear. The moments when he lapses into descriptions of the moon, of the horse, etc. are true poetry that offers some relief from the coarseness of the story, and he places them well. He has an ear for the rhythm of the story, a natural sense of when to end--hangs fire with a new way of looking at someone or something, turning the entire chapter on its ear. I like the way he makes it impossible for the reader to stop reading at the end of the chapter." Mr. Howery lives in Virginia with his partner of 34 years where he is at work on his next novel.

Anonymous said…
Do you ever get writer's block?
8:35 AM

Unknown said…
Congrats on the tour and thanks for the chance to win :)
8:41 AM

Victoria Alexander said…
I loved the excerpt and the trailer - thanks for sharing them!
12:03 PM

Doug Howery said…
Thanks for the questions, comments & hosting. Yes, I certainly get writers' block. When that occurs, I walk away from the writing & come back fresh.
Many thanks,
Doug Howery

Ally Swanson said…
Congrats on the new book and good luck on the book tour!
5:05 AM

Ally Swanson said…
I enjoyed reading the excerpt. This book sounds like an interesting and intriguing read. Looking forward to checking out this book.
7:48 AM