This post is part of a virtual book tour organized by Goddess Fish Promotions. Auria will be awarding e-copies of Pure Temptation on Kindle to 5 randomly drawn winners, and 1 grand prize - a signed paperback copy of Pure Temptation with swag bag and goodies - to one randomly drawn winner, all via rafflecopter during the tour. Click on the tour banner to see the other stops on the tour.

A rogue gypsy hired to kidnap a debutante Creole spying for the Cabildo government discovers they are both pawns in a dangerous Frenchman's game. Over land and sea, they discover the truth, but can they fight their uncontrollable desire for one another to save her family home?

The hair on the back of Talon’s neck rose. He couldn’t understand the man’s vernacular, but the meaning was all too clear. With a look of horror plastered on her face, the young African girl stared at the dirty sailor, screaming in protest as he grabbed her roughly by her shackled wrists. Talon sat up on his haunches, anxious to do something. “Where is he taking her?”

Marcus rolled his eyes. “Ya not too smart, are ye sah? He be takin’ her to his bunk. That happen a lot with the gals, ‘specially the pretty ones.”

“Alto, Señor!” A loud thud at the threshold caught their attention as the woman’s sensuous voice echoed all around them, and Talon crouched down lower, only to see the lovely Miss Aringosa herself standing in the doorway with her hands on her hips. Wearing leather breeches and a white flowing blouse reminiscent of some pirate wench, her brown leather boots hugged her toned calves tightly up to her knees as she gazed at the sailors with an amorous air. She focused her attention on the man with the crop, playing with a ringlet of her hair, and Talon smiled at her audacity, recognizing a good act when he saw it.

Sitting back, he frowned. His first impression of his victim had been misleading. She wasn’t just some rich Spanish debutante—she obviously knew how to take care of herself. With grace and finesse, the creole beauty sauntered across the cargo hold, the sexual sway of her hips sure to any man’s head. Mesmerized, Talon inhaled deeply, watching her every move. 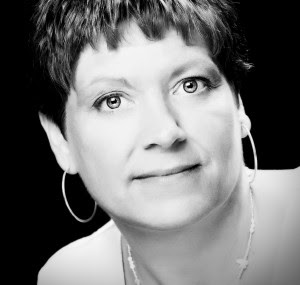 About the Author: An avid reader from an early age, Auria Jourdain has fond childhood memories of spending quiet afternoons with a book in her hand. She loved the "happily ever after" sweet teen romances, and when she came of age, she plunged into the world of historical romance with fervor, transporting herself to a bygone time. Her favorites were Regency, but as a girl brought up in a common home, she was disheartened that most of the novels of this era focus on the nobility and wealth. Auria set out to write her own romance, encompassing her passion for French Revolutionary history and her innate sense of goodwill for the common man. An idealist at heart, she writes heroes and heroines that struggle to find acceptance in their world. Their differences" and their soul mates' complete acceptance of them are the embodiment of values that she holds dear, passed down to her by her father, a blue collar worker. She has an autistic son struggling to make his own way in the world. Looking to educate people about this mysterious disorder, she’s releasing a YA novel set in the U.P just for him during Autism Awareness month, April 2016. She hopes that someday we can break down the social barriers and forgo stereotypical judgments that harm our world.

Auria lives in the Upper Peninsula of Michigan with her husband of twenty years, her four children (ages eight to eighteen), and two golden retrievers. A rather new transplant to the area, she loves the changing of the seasons, and she is currently working on a contemporary romantic suspense trilogy set in her rough and rugged homeland. Silence the Northwoods is set at a local ski resort in her hometown of Ironwood, Michigan—the ski capital of the Midwest. Silence the Waters takes place during the summer on the dangerous river ways that flow into Lake Superior in the Keweenaw Peninsula; and Silence the Birchwoods is an autumn tale set on Sugar Loaf Mountain, near Marquette, Michigan. All three involve murder, mystery, and romance, of course.

Auria spends her the long winters plotting and scheming her next book, and in the mild summers, she and her husband spend every waking moment they can hiking and kayaking the Northwoods. An amateur photographer, she lives fifteen miles from the shores of Lake Superior, and her muse has been piqued by the awe-inspiring beauty that surrounds her. Although she hasn’t officially acquired “Yooper” status yet, she can’t envision living anywhere else.

Goddess Fish Promotions said…
Thanks for hosting!
6:47 AM

Unknown said…
Thanks so much for sharing Pure Temptation on your blog! Good luck to all commenters! <3 ~Auria~
9:31 AM