Win a $10 GC: The Green Rose by Stephanie Burkhart

This post is part of a virtual book tour organized by Goddess Fish Promotions. Stephanie will be awarding a $10 Amazon or B/N GC to a randomly drawn winner via rafflecopter during the tour. Click on the tour banner to see the other stops on the tour.

On the continent of Gaia, evil is brewing. Turncoat wizard, Balthyser, kidnaps the kings of Dahaka and Tapin. He wants the green rose, a source of powerful magic.

Princess Sonia of Tapin is forced to hunt down the rose in exchange for her father's life. It's the ultimate betrayal of Gaia's peace, but she has no choice if she wants to save her father.

Prince Ivánstan of Dahaka accompanies her on the journey. Both face challenges and obstacles that test their strength of character during the hunt for the rose. Dare Sonia put her trust and faith in a man she hardly knows to secure Gaia's peace or will the continent's harmony be shattered forever?

Racing forward, he spotted her near Tapin's tents surrounded by three beasts. Tall and slender, she possessed a strong, wild beauty he found intriguing. Long chestnut brown hair flowed down her back. Her eyes were golden yellow with obsidian irises. She'd been bonded! Only the noble bonded. Her high, exotic cheekbones and patrician features were steeled in courage and determination. The primal urge to mate with her made his heart pound in his chest.

A falcon, the heraldic symbol of Tapin, was prominently displayed on her tunic.

A bird screeched. A wyldebeast craned its neck upward and the descending falcon slashed its talons over the creature's face, spraying blood.

A second wyldebeast lashed at her. She stumbled backwards, tripping on a rock. Her wrist struck the ground hard, sending her sword sprawling several feet away from her, leaving her vulnerable.

Ivánstan's dragon, now overhead, shot a blast of flame from his mouth, scorching the fur of an advancing beast. The creature collapsed and rolled over, attempting to use the ground to extinguish the flames on its body.

The remaining wyldebeast raised his hand, its fingernails moist, poised to strike the noblewoman. Ivánstan lunged forward and sliced off the creature's wrist just inches in front of her face.

The beast howled in pain and spun to face Ivánstan. Draco latched its thorny claws into the creature's shoulders, lifting it into the air. 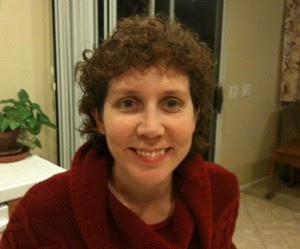 About the Author:Stephanie Burkhart is a 911 dispatcher for LAPD. She was born and raised in Manchester, New Hampshire. She served 11 years in the US Army and currently calls Castaic, California her home. Stephanie was married in Denmark in 1991 and has two young sons. She adores chocolate and is addicted to coffee. She writes paranormal, contemporary, and steampunk romance and has two children's books published with 4RV Publishing.


Buy the book at Desert Breeze Publishing, Amazon, Barnes and Noble, or All Romance eBooks.

Stephanie Burkhart said…
Thank you so much for having me here today. Here's a link for the book trailer. Enjoy! https://youtu.be/gFuFCDhZQMc
Smiles
Steph Burkhart
Romance Under the Moonlight
http://www.stephanieburkhart.com
4:14 PM