This post is part of a virtual book tour organized by Goddess Fish Promotions. Elizabeth will award a $25 Amazon/BN gift card to a randomly drawn commenter. Click on the tour banner to see the other stops on the tour. 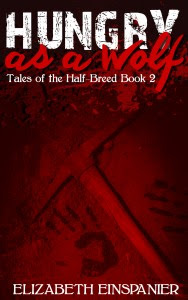 Wolf Cowrie is back in his second adventure! In the Black Hills of the Dakota Territory in 1865, tensions run high between white settlers looking for gold and the Sioux people who consider this region their holy ground. When Wolf is hired to find out what happened to the workers of a mining outpost in the area, the general theory in Goldwater is that they were slaughtered by the Sioux. Wolf discovers something far more sinister lurking in the Black Hills, an ancient evil whose unending hunger drives sane men to ghoulish extremes.

Smythe greeted the two men with a horrified look and a startled oath.

“Yar Doc is dead,” Wolf said. “Again. This time I think he might stay down. Ken we come in?”

Smythe backed up, still staring. “You’re… you’re covered in…” he managed to squeak.

“It ain’t mine,” Wolf said, wiping his feet on the welcome mat before walking into the front hall. “Now go get yar master so’s we can give him the good news. And… I need a basin of water to wash up.”

The servant returned a minute later with a pitcher of water and a basin, and Wolf endeavored to scrub his hands and face until his flesh stopped crawling. He was halfway through when Hartford uttered a syllable that made his blood run cold.

Wolf looked up, gory water dripping down his hands and chin, to find Susannah in the doorway. She was staring at him in a mixture of horror and concern, and he was acutely aware of the results of an exploded skull still clinging to him. He swallowed hard, wishing fervently that the ground would just swallow him up right there.

“Miss Twohill,” he greeted her. “I… I took care of the problem ya had running around. He won’t get any more of the townsfolk. Don’t you worry none.”

“No,” he said. “I ain’t bit. This is just… well... we, ah… blew his... brains out.” He glanced at Hartford for assistance, but the other man was steadfastly looking out the window. The message was clear: he was staying out of this conversation. 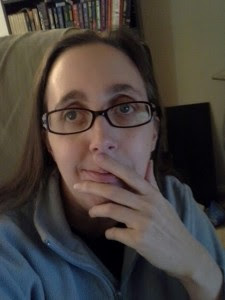 Goddess Fish Promotions said…
Thanks for hosting!
6:35 AM