This post is part of a virtual book tour organized by Goddess Fish Promotions. Barbara will be awarding a $20 Amazon or B/N GC to a randomly drawn winner via rafflecopter during the tour. Click on the tour banner to see the other stops on the tour.


The view inside my writing space by Dr. Barbara Becker Holstein

When I was nine and started to keep a diary my view, at least what I was able to put into words, was of my daily schedule and routines that made up my life. A page could be filled with what I eat, what I wore, what I watched on TV that day and how much homework I had to do. My revealed landscape never included my feelings on anxiety over my parents fighting or the loss I felt when my grandfather died or my feelings of falling in love at nine with the new boy in class.

Later on in my diary took on the flavor of boyfriends and dates, but still not the intimate thoughts of a teenager. Those thoughts only came out in the poetry I began to write. For some reason, if I was talking through metaphors I could be more honest and share the very deep pain, and true feelings of passion that go with growing up.

Also, in this landscape lurk other parts that the older I get the more I am not afraid to let them out.

I love a good mystery and romance is always fun. I never expected to write a romantic mystery, set in a foreign land, but I guess it expected to be written and so for many late nights my internal mental landscape turned into Jerusalem as I wrote Around Every Corner, Romance & Mystery....

And finally, returning to the child that still resides within in, my writing space inside of me opened all the doors that had been locked and I was able to write The Truth, Diary of a Gutsy Tween , and Secrets, Diary of a Gutsy Teen, with all the feelings and issues and concerns that had been forbidden material when I was young. These books reflect the feelings of hundreds of girls I have treated, and many of the stories of my women friends and family and participants in my Enchanted Self Workshops. They also reflect an inner self that is universal in growing up and a landscape that now freed from secrecy can be helpful to many, many people, including myself!

Following in the footsteps of The Truth, Secrets: Diary of a Gutsy Teen begins as the thirteen-year-old protagonist makes a move with her family to a new town. She has grown up a lot over the past year—and has made a list of everything that’s important to her now that she doesn’t want to forget when she gets older. But now, as she enters her early teen years, she begins to write down the secrets she wants to keep—and the ones she has no one to tell about. From new school experiences to a new baby in the family to a new crush, this new teen finally feels empowered on making her own decisions with confidence and keeping those secrets she holds dearest for herself.

In a positive and supportive diary-entry format, Dr. Barbara Becker Holstein encourages tween and early teen girls to carry the most precious parts of themselves into adulthood. A great book for mothers and daughters to read together, Secrets is aimed to improve communication, understanding, and self-esteem for young girls as they enter the rocky road of teenager-dom.

I have a secret and it’s been eating me up inside, so I have to tell you. I lied to Angela. I told her I had a terrible sore throat and couldn’t come for the weekend. She said she was sorry and that she would invite me again.

I felt terrible, and then my throat really began to hurt. But I just couldn’t go to Springport for a whole weekend_even though I miss being around Angela.

Now that I have best friends here, I don’t feel the same way I used to about going back to visit. And I didn’t know how to tell Angela that. I could tell when we talked on the phone that she really wanted me to come. And she sent me a new selfie, holding a sign that reads I Miss You! She even told me that she doesn’t have a new best friend since I left. She really misses me. She also told me that Paul is in lots of her classes and he asks if she’s talked to me. How could I tell her I’m in love with Rob and don’t care about Paul anymore? How could I tell her that I have new best friends and want to stay here with them?

I did go to Sally’s instead, and we had the best time. Her mother ordered pizza for us and we drank Coke. We watched television and made popcorn and did each other’s hair with all of Sally’s older sister’s hair products we found in the bathroom. I look silly with curly hair. We kept laughing and falling on the floor and giggling, and we played this fun game that Jackie learned in camp last summer. We all lay down on the floor and we each put our head on someone else’s belly. Someone says, “Ha-ha,” and then the next person says, “Haha-ha,” until everyone is laughing. Then you can’t stop laughing because the belly you are on is bouncing all around under your head.

Sally’s mom got really angry at all the noise we were making, and we had to turn off the lights and pretend to go to sleep. I hardly slept a wink, though. I was so excited and having so much fun with my new friends. I was tired the next morning and really did have a sore throat when I went home, but I didn’t care. It was worth it to have so much fun. 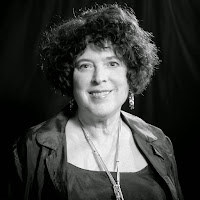 I have been a positive psychologist in private practice for the past thirty years. In the course of working with my clients, I originated the idea of THE ENCHANTED SELF(R), a positive psychology therapy where I teach people how to recognize and utilize their strengths, talents, skills and even lost potential. I have developed a number of methods, including using our memories to rediscover what is right about ourselves and our lives, rather than what went wrong, helping people to overcome adversity, experience positive emotions and live the good life!

Since developing this concept, I've been able to use many tools to bring the Enchanted Self to everyone, particularly women and girls. I've written many books, starting with THE ENCHANTED SELF, A Positive Therapy, and then Recipes for Enchantment, The Secret Ingredient is YOU! My books for girls are very popular, as they are great fictional reads and also help deal with many of the questions that trouble kids as they move into the tween and teen years. The Truth, Diary of a Gutsy Tween and Secrets, Diary of a Gutsy Teen are the first two books in this series.

I really love to teach and educate about happiness and how to benefit from positive psychology in ways that let us lead lives of meaning and happiness. You can find me all over the place on the web.

Buy the book from Barnes and Noble or Amazon.

Unknown said…
I love your insights on how your writing evolved
2:58 PM

Dr. Barbara Becker Holstein said…
Thanks so much for hosting me and the great comments! Loved the chance to look back into how my writing evolved.
10:42 PM

Unknown said…
I enjoyed the view inside the author's writing space! Thank you for that.
3:56 AM