Summer of Haight '67 by Diane Sager

This post is part of a virtual book tour organized by Goddess Fish Promotions. Diane will be awarding a $15 Amazon or B/N GC to a randomly drawn winner via rafflecopter during the tour. Click on the tour banner to see the other stops on the tour.

Thank you for inviting me to share my crazy world with you and your readers.

I am Diane Sager, although I also use the nom de plume of D.S. Sager when I write under my horror/zombie/vampire genre. For all but my toddler years, I have lived and worked in the San Francisco Bay Area. I reside with Russ my English husband and other animals…LOL

Yours is a very interesting question about dreams. I get a lot of wild and original ideas from my dreams. I keep a notepad by my bed to make notes. As we all know, dreams can be instantly forgotten and I hate that, especially when it’s a great story!

I have also made up stories in my head ever since I was a small child and I wrote sporadically throughout high school and university. I wrote a vampire novel in 2000, which I mentioned earlier, but I never seriously tried to get it published.

SUMMER OF HAIGHT ’67, took me 15 months to complete, and research was a way of life during that time. It’s the most intense and yet the most rewarding research I have ever done. I think of it as one huge history lesson. Thank the Gods for Google and YouTube!

It’s a supernatural time-travel book of sorts which involves a 66 year old KATHERINE RHODES getting into a tragic accident that hurls her back in time to 1967. She wakes up back in her 20 year old hippie body in the Haight/Ashbury district of San Francisco. As many of you know, 1967 in the Haight/Ashbury became known around the world as “The Summer of Love” She gets to re-live this era of hippies, free love, drugs, music, politics and protests, with a wealth of knowledge and the opportunity to right some wrongs.

It’s all fiction but I wanted the setting to be 100% authentic. I immersed myself in the 60’s hippie culture and spent hours and hours on research. The book is factually correct. I listened to music from the late 60’s constantly, particularly the psychedelic era. I even bought a record player (remember those?) I got my old LP’s out and bought even more from eBay…….. Grateful Dead, Big Brother & the Holding Company, Jimi Hendrix, The Charlatans, Country Joe and the Fish, to name but a few. There are Hells Angels, Black Panthers, political unrest and a horrific war in Vietnam. I wrote and researched constantly during the 15 months it took me to complete it. I wore hippie clothes and I even found myself saying 60’s words. I stopped at the drug scene though. It’s just not my bag!

I also have some first-hand experience to back up my research. As a very small child my parents drove me through the Haight district to look at the “freaks” as my Dad called them. I saw them dance around adorned with flowers and beads, obviously high as a kite but I didn’t know that at the time!

Janis Joplin is in my book a lot and I watched as much video footage of her and her band as I could find. There is some awesome footage on YouTube of her singing at the Monterey Pop Festival in 1967. My husband and I even visited the fairgrounds in Monterey to get the feel of the place. I read every book I could find on Janis and even Peter Coyote’s “Sleeping where I fall” based on the same period in time. Peter helped found “The Diggers” who fed the homeless hordes of hippie drop-outs in San Francisco in 1967. 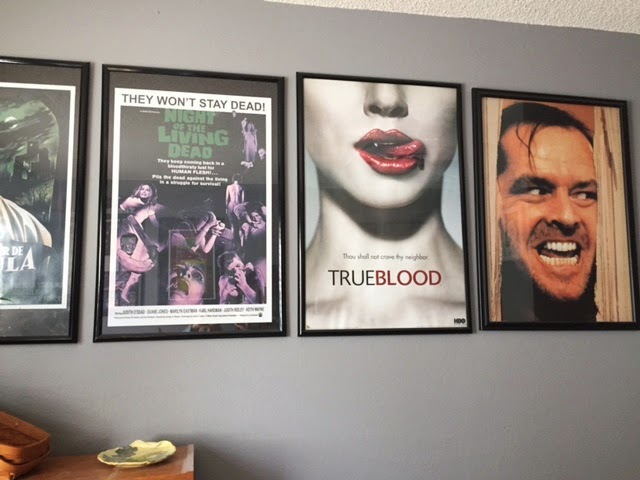 I’m also lucky enough to still live less than an hour away from San Francisco, so my husband and I would go there and see where Janis Joplin or Jerry Garcia and the Grateful Dead lived. We drank in the Dogpatch saloon near the Hells Angels HQ. On another occasion my daughter and I rode the bus from the top of Haight Street to the Hells Angels house, all in the cause of authenticity. KATIE and her friends FROG and MOONBEAM travel this route in my book to attend a Hells Angels party.

I wanted to take my readers back nearly 50 years and be sure it was authentic, especially those that are too young to have been there. Even the weather is accurate in the book – I checked.

There’s a saying, “if you can remember the 60’s you weren’t really there” I think it was quoted by Paul Kantner of Jefferson Airplane. I take my readers back to the real deal so they WILL remember it.

Soooooooooo, it was fun to research, fun to write and so far it’s fun seeing people enjoy it and tell me about it. Summer is coming, PLEASE take the time to read this book. I know you will love it.

KATHERINE RHODES has a tragic accident which sends her back in time. She wakes up as the 20 year old hippie she was back in 1967 in the Haight/Ashbury district of San Francisco. This was the period known globally as the “Summer of Love”. It’s all here, Hippies, Hells Angels, Black Panthers and the abhorrent war in Vietnam. “KATIE gets the chance to re-live this era with her friends FROG and MOONBEAM. This time she knows what to expect and tries to change things……….. Can she?

Katherine Rhodes drove through the mountain range too fast. The rain was brutal and made visibility nearly impossible. She knew she was endangering herself, especially in this weather, but she didn’t care. If she crashed, so be it. In her present life there wasn’t much to live for. She’d turned sixty-six years old last week and her life was a farce.

She had two grown children, both too busy in their own lives to bother with her. Her husband Mark had cheated on her numerous times during their thirty-eight year marriage. She had gotten used to the infidelity, but recently he’d actually run off with one of his “flings”.

Katherine thought the novelty would wear off and he’d be back. It wasn’t the first time Mark had taken off with one of his girlfriends, but he always came crawling back. It had taken her totally by surprise when she was served with divorce papers that morning.

According to a mutual friend, Mark was starting a new family and “they”, meaning him and Tiffany, wanted to be married before she gave birth. A baby! The man was sixty-seven years old and the mother-to-be was twenty-six. She was younger than both of his adult children for God’s sake.

When Katherine was presented with the divorce papers she was numbed. She had never really been happy with her marriage, of course, but she was secure. Mark had his life, his work clientele, his friends, his private vacations, and his work related trips to Mexico. She had her own friends, her hobbies, and an occasional trip to an exotic location. She knew that Mark had his girlfriends, but she had lived with his indiscretions. Never in her wildest dreams did she imagine he would divorce her. 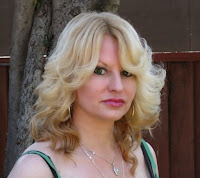 Author Diane Sager was raised and resides in the San Francisco Bay Area with her awesome husband Russ, three dogs, two cats and an African grey parrot named Storm. She holds a fascination for all things macabre and has developed a deep knowledge of serial killers, vampires, zombies, the Tarot, world religions, witchcraft, horror and the occult.

However, her latest indie release, SUMMER OF HAIGHT ‘67 is none of the above albeit a little supernatural……..This story is nestled between her zombie series “EVIL VEIN” published by Permuted Press and penned under her “apocalyptic” name of D.S.Sager.

Goddess Fish Promotions said…
Thank you for hosting today
5:45 AM

MomJane said…
This excerpt was really interesting. I think I will love this story.
7:19 AM

Karen H said…
Well, it's the last day of your tour and I must say I've enjoyed meeting you and getting to know you and your book. Hope to see you on tour again soon.

Enchanting Reviews said…
I love that cover so funky. Nice to get to know you
5:57 PM