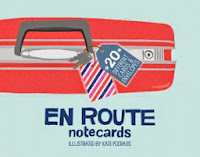 This post is part of a virtual book tour organized by Goddess Fish Promotions. Anna will be awarding a set of En Route notecards, gorgeously illustrated by Kate Pocrass (because falling in love with an Immortal Viking is a wild journey!) to a randomly drawn winner (INTERNATIONAL) via rafflecopter during the tour. Click on the tour banner to see the other stops on the tour.

A woman desperate to achieve her dreams.

To reassure wealthy clients, Christina Alvarez Mancini invented a jet-setting British owner for her Napa Valley wine collection service. Success has brought her close to buying her own winery, when irregularities at a London wine auction threaten her business.

A man in love with a good plan.

Stig, an immortal Viking thief, knows he’s found the perfect role. The California woman who created his character won’t discover what he’s up to in England until after he’s pocketed the money he needs. Then Christina walks into the auction preview, ready to ruin his plans, and he knows his boredom has ended.

By the end of the night, these two rivals must cooperate to escape kidnappers, British authorities, media and a pair of mysterious watchers. That’s when a game Stig’s played for a thousand years puts Christina’s life at risk.

Can two people whose identities are based on lies trust each other enough to survive?

Christina came to the London wine auction to unravel a fraud that might ruin her business. The man claiming to be her employer Geoffrey Morrison is a liar and a mystery, but that’s only the beginning of her problems.

He brought the glass to his lips. His jawline was firm and square, not a hint of softness around his chin. All of him would be that honed, she suspected. His throat worked when he swallowed, the only movement in their tableau.

Intellectually, she knew he was deliberately distracting her, just as she was trying to do to him. She cursed herself for letting his pheromones send her into the same softening craving other women at the preview had displayed. Like them, her body had become putty.

Unlike the rest, she knew he was a liar and a fraud.

She shivered. The cave was colder without other people, and as a female she was beginning to feel like the prey of a much larger hunter. Time to hit hard and leave. “You counterfeited dozens of my wines, didn’t you?”

His grin was lazy and slow, as if he couldn’t or didn’t want to abandon the tension that had been flowing between them a moment ago, even as fake as it had been. “Check the labels. Corks. Capsules.” He shrugged. The movement emphasized how perfectly fitted his clothes were, because they moved with him like skin. “Call a glass expert if you wish.” One hand gesture encompassed the wall of bottles behind him. “Taste them. I guarantee not one of these will fail whatever examination you choose.”

“You’re too smart to pour a substitute at Bodeby’s, I’ll give you that.”

“Then what will you do?” His grin made her back teeth hurt.

“I’ll prove it.” She had her records, and the director was on the other side of these walls. She could unwind his scheme in five seconds.

“Will you? With expensive tests that show the world Morrison and Mancini sold Spanish tempranillo doctored with oak essence as premier Napa cabernet?” He held out the mostly full glass. “Or will you use a handful of flimsy receipts signed by the disgruntled employee I recently sacked?”

The pinch of her fingernails digging into her palms only made her angrier. He’d ruin her business. She’d never have her down payment for a vineyard, never make her own wine, if he didn’t pull the bottles. “You can’t sell fakes.”

“I have paperwork to prove they’re genuine. Signed by Christina Mancini. Some of it signed by Geoffrey Morrison.”

“There is no Geoffrey Morrison!” She’d said it.

“I beg to differ.” One-handed, he reached inside his tuxedo jacket and retrieved a flat rectangle with the familiar wavy gold color scheme of a California license. Geoffrey R. C. Morrison. His face on the blue background. An address on First Street in Napa, above her store and café. “Here he is. Did I get any of it wrong?”

Her mouth opened, she thought, but she couldn’t speak. He’d used the shop address. What else had he done?

“Sorry to be presumptuous with your little creation, but Geoffrey needed middle initials. I chose Robert and Charles. Three names sounds more English, don’t you think.” It wasn’t a question.

“How could you?” She stumbled two steps backward until her hip bumped a shelf. “How?”

“You provided excellent credentials. The internet did the rest.”

“Miss Mancini, so are you.”

Anna lives with her quietly funny Canadian husband and two less quiet children in a century-old house in Seattle. The perpetual drizzle is a good excuse to drink more coffee. She’s a former US Army officer who now writes The Immortal Vikings series from Carina Press and also the author of His Road Home, a novella which Publishers Weekly called “Tantalizing … a raw, emotional story” and the website SmartB*tchesTrashyBooks gave an A rating.

She donates a portion of her book proceeds to two charities: the Fisher House Foundation, which provides housing for families of wounded soldiers in the US and Great Britain, and Doctors Without Borders, which delivers emergency medical care in more than sixty crisis zones world-wide.

To sign up for Anna's newsletter, find out more about her books, and read longer excerpts, please visit her website at www.AnnaRichland.com, her Facebook page, or her Goodreads page.

Anna Richland said…
Thank you Judy! Today's tour excerpt is one of my absolute favorites. I'm a parent, and I know that you can love all your kids for their differences without having 'favorites' - but as a writer, I've learned it's okay to have book favorites. And that scene, where Stig holds all the cards and all the power, even though he's a Remington Steele-type fraud and Christina is the one who built the business, is one of my absolute favorite scenes.

They have a LONG way still to go for a happy ending! But they definitely get there.

Did anyone else like Remington Steele? And the big question that The Second Lie always makes me think about - which James Bond, Daniel Craig or Pierce Brosnan?