This post is part of a virtual book tour organized by Goddess Fish Promotions. J. Ellen Ross will be awarding $20 Amazon or B/N GC to a randomly drawn winner via rafflecopter during the tour. Click on the tour banner to see the other stops on the tour.

Leisha’s father, the king of Tahaerin, bartered away her childhood with his failed invasion of a neighboring kingdom. She grew up a hostage, a guarantee of the king’s good behavior. At sixteen, she returns to a land and a throne she knows almost nothing about.

Her powerful and ruthless uncle plans to force her into a marriage or take her crown by violence. The nobles of her kingdom all expect her to fail spectacularly and are eager to fight over the scraps. But, Leisha has no intention of going along quietly with any of their plans.

As a boy, Zaraki watched as slavers butchered his family. Orphaned and starving, he was taken from the streets, trained to spy and kill. He finds a position with the new queen when he is forced to flee the only home he remembers. But the job is far larger than he anticipated and Leisha’s life is threatened from all sides.

Leisha will fight to hold her crown and her throne with the help of an unknown and unproven spy. Zaraki will try keep her alive and to keep the oaths he took - to be loyal to her, to keep her secrets and never, ever fall in love with her.

Aniol did not disappoint. Leisha stiffened as his hand dropped to the knife at his belt. Even as an unconscious action, it told her all she needed to know. Zaraki was right. Staval had a plan for her and this was one of the men charged with seeing it through. With her uncle giving orders here, Aniol felt invincible.

Before his hand could stray further, he landed face down on the floor. Zaraki put a knee in the man’s back and yanked Aniol’s head to one side. When he pressed a light blade against Aniol’s throat, the smaller man stopped struggling and whimpered softly.

“Her Majesty was very clear, I thought. I hope this is equally as clear,” Zaraki said in a low voice, into the other man’s ear.

“He’s planning on going straight to Cyril,” Leisha hissed, seeing the intention flash through Aniol’s mind. At the first hint that she was trying to seize control of the castle, Cyril would spring the trap and turn the guards against her. She would die and likely, Symon and Zaraki along with her. Suddenly, the threat was all too real.

Zaraki made a face, still holding Aniol’s head back. Fool. He could have walked out alive. “If you’ll excuse me a moment, Your Highness?” While he did not enjoy killing he would do it. However, murdering the man in front of a sixteen year old girl was out of the question. 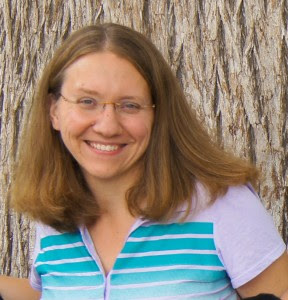 About the Author: J. Ellen Ross lives in Texas with her husband and their four rescue dogs. She works in high tech, which has nothing to do with fantasy, romance or writing.

When she’s not busy chasing dogs around or rushing someone to the vet, she loves to read and play video games. She has a hobby of having hobbies, so she’s also been known to do sculpting, beadwork, and painting.


Buy the book at Barnes and Noble, Amazon, or Smashwords.

J. Ellen Ross said…
Thank you so much for hosting me and my book! I hope people enjoy getting to peek at it. :)
9:32 AM

Patrick Siu said…
I have enjoyed learning about the book. Thanks for sharing it.
5:57 PM

Unknown said…
I enjoyed the excerpt! Love the cover!! Thanks for sharing and the opportunity!
10:45 PM