This post is part of a virtual book tour organized by Goddess Fish Promotions. One randomly drawn winner will receive a $50 Amazon/BN gift card. Click on the tour banner to see the other stops on the tour. 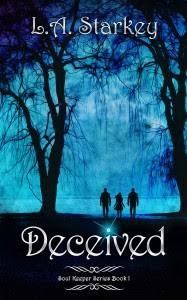 They say a soul is the immaterial essence, the animating principal, the actuating cause of an individual life.

But what if you had to share yours with the one person you hated the most?

The soul mate principal states that for every one soul there is another that will recognize its match, hence creating the perfect union.

But what if you had two soul mates, which would you choose?

What if your choices had eternal ramification?

Deceived, the debut novel in the Soul Keeper Series, is a modern day love story about the implications of having more than one soul mate, and having to choose between the two of them. The decisions of the gods has left the next generation, their heirs, torn between fate and reality, and the balance of the future hangs in anticipation of what's to come.

There wasn’t a cloud in the sky, and even though the breeze had picked up, embracing Sam like a good friend, the warmth of the sun was putting up a mighty fight. Being someone who thrived outdoors, she loved that New Hampshire had four seasons and took profound joy in having the ability to experience all the weather gods could throw her way. After the first few warm up miles, Sam stood back up on her peddles and pumped out the next few miles with a good bit of effort.

Man, it feels good to get my blood pumping.

Sam looked to her left as a quick movement of yellow jotted between the trees.

“No!” A loud masculine voice rang out.

She jerked forward in time to swerve, barely missing the yellow lump lying in the road and instead hitting the curb. She plummeted off the bike, flying through the air and landing in a crouch. Her chest heaved in effort to gain much needed oxygen as all of the blood in her body rushed to its aid.

Her eyes quickly surveyed her surroundings as she cautiously rose. No one was close enough to create the loud protest that was still reverbing in her head. Trying to regain her composure, she worked to make sense of what had happened. I could’ve sworn there was something yellow in the trees. And then it was in the road, right?

She searched the ground finding nothing to support her internal claim. 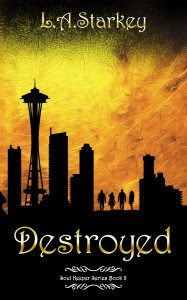 Now I lay me down to sleep,
Whom shall I trust my soul to keep?
If I should die before I wake,
I leave to fate my soul to take.
The seal has been broken and the Soul Keeper Prophecy set in motion. Marcus and Nicolas are battling for the heart of one woman, Pandora’s only daughter; however, not everyone is playing by the rules. With interference from both sides of the lines and too many deities with hidden agendas, the trio must take matters into their own hands and look for another ending, one that removes control from fate.

Can they find the missing page from the prophecy that has the ability to change everything?

Will the new stranger they’ve been given as a guide assist or mislead them?

Will Samantha make a decision on who it is that she truly loves, saving one and destroying the other?

What if her choice is no choice at all? 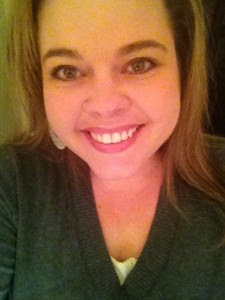 She is a CPA by trade, a church planter and entrepreneur at heart; however, writing and reading are passions she just can't help but indulge in. With more ideas that one person should be allowed, she is blessed to have a muse that doesn't seem to take a vacation and more energy that one might consider healthy.

Anonymous said…
Thank you for hosting! Great job on the post and I appreciate the support.

I love where the story took me and where it's planned to go. So MUCH fun!

♡♥♬ Carolsue ♡♥♬ said…
I like the bio of the author. I always find those interesting.
Digicats {at} Sbcglobal {dot} Net
5:47 AM