A Day with S.D. Skye - giveaway

This post is part of a virtual book tour organized by Goddess Fish Promotions. The author will be awarding a Kindle Fire HD and a $25 Kindle Gift Card to a randomly drawn commenter during the tour. (US ONLY)Click on the tour banner to see the other stops on the tour--the more you comment, the better your chances of winning. 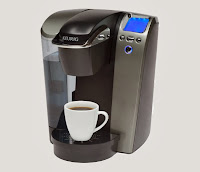 On weekdays, I’m usually awake between 3 and 4 am, if not earlier. Depends on when the voices in my head wake me up and beg me to get them on paper. I’ll grab my laptop which is taking up the space in bed next to me like a reliable old boyfriend (without the snoring or sex)…and I write for an hour until it’s time to get Junior up for school. I head to my beloved friend and most favorite appliance EVER—the Keurig, which is a writer’s best friend. I quickly make myself a cup of something hot and caffeinated. My favorites are Caribou Coffee, Earl Grey tea, and Zen tea, depending on my mood.

Once Junior’s up and going, I run around the house barking orders like a crazed Marine drill sergeant until he’s out the door and then I prepare to head out for the 9-to-5 job that still pays most of the bills in the house. 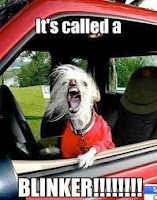 After an hour of extreme road rage in D.C.’s harrowing beltway traffic, I arrive at work where I do MORE writing and MORE editing for a government contractor. Only this stuff’s not much fun…at all (but it pays the bills so we limit our complaints). Ten hours, including another hour of road rage later, I’m back home where I greet Junior with a grumble and a kiss and retreat to my bedroom to calm my nerves. After about 30 minutes, I feel human enough again to return to Junior. I ensure he eats, check his home work, chit chat about his day, and then play on social media until he goes to bed by 9pm. From 9pm to 11pm, I write some more until I fall asleep and then repeat the next day.

On weekends, my schedule is mostly the same with a few exceptions. My internal clock wakes me up 4 am no matter what day it is. It’s not programmable for “day off.” I wish someone would provide me with instructions on how to shut that thing down. My son is usually at his dad’s so I’m the only one left at home to neglect. Instead of an hour, I take a 10-second commute from my bedroom upstairs to the dining room downstairs. I check my email while drinking a Keurig special and scarfing a bagel. Then my writing day begins if I’m working on a book. Depending on how deep I’m into the book, I may or may not stop for food (healthy stuff like pizza or buffalo wings) or change out of my pajamas (which usually are the “feetie” kind) until bedtime. I’ve been known to work 12 hours before I looked up to ask what time it is. Then I repeat the same thing on Sunday. If I’m not deep into a book then I’ll probably spend that time on Facebook and doing other marketing activities.

And that’s a day in my life!

About the Author:S.D. Skye is a former FBI Russian Counterintelligence Program Intelligence Analyst and supported two major programs during her 12-year tenure at the Bureau. She has personally witnessed the blowback the Intelligence Community suffered due to the most significant compromises in U.S. history, including the arrests of former CIA Case Officer Aldrich Ames and Robert Hanssen. She spent 20+ years supporting military and intelligence missions in the U.S. Intelligence Community.

Skye, an award winning author, is a member of the Maryland Writer’s Association, Romance Writers of America, Sisters in Crime, and International Thriller Writers. She’s addicted to writing and chocolate—not necessarily in that order—and currently lives in the Washington D.C. area with her son. Skye is hard at work on several projects, including the next installment of this exciting series.

On the lam from the FBI, the ICE PHANTOM continues with plans to defect to Moscow but not before seeking revenge on J.J. McCall. Meanwhile, the FBI commences Task Force PHANTOM HUNTER, a team ordered by Director Russell Freeman to track down suspected Russian illegals within the U.S. Intelligence Community—and not a moment too soon. An agent of the Russian Intelligence Services is targeting the nerve center of U.S. national security, taking the lie-detecting FBI Agent and her cohorts’ next mole hunt to the highest echelons of the U.S. government.

J.J. and her co-case agent lead the motley crew of spy catchers while she struggles to deal with sobriety, conflicting feelings for Tony and Six, and an egotistical Secret Service agent whose jurisdictional stonewalling complicates her every effort to identify the culprit before he gets away—with murder.

Goddess Fish Promotions said…
Thanks for hosting!
6:51 AM

Author S. D. Skye said…
Thank you for hosting me! I'm very excited about the book tour and will be around to answer any questions anyone might have about the book or my career or whatever. And make sure you enter the contest for the prizes. This is my 4th or 5th Kindle giveaway...I'm getting old and can't remember. But I know the winners always walk away happy. :)
10:01 AM

Author S. D. Skye said…
Thanks Rita. If you're a fan of shows like Covert Affairs, Scandal, Graceland, or Intelligence, then you should enjoy this story.
6:28 PM

Unknown said…
Thank you for having this giveaway :D
11:24 PM

Natasha said…
Thanks for the chance to win!
Sounds like a great read!!
11:54 PM

ilookfamous said…
Hilarious pic of the drill sergeant! I can so relate. Thanks for sharing a glimpse into ur world Skye.
3:48 PM