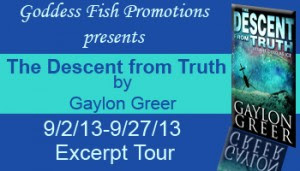 This post is part of a virtual book tour organized by Goddess Fish Promotions. A randomly chosen commenter will receive an autographed hardcover version of the author's previous book, The Price of Sanctuary. To see the other stops on the tour, please click the tour banner above. 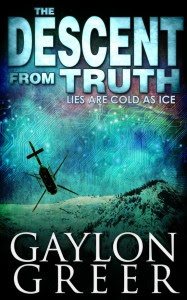 Alex Bryson is patrolling Rocky Mountain backcountry in his job as a security guard when he discovers a woman with a baby wandering alone in the snow far from the nearest road. He takes them to shelter in a weekender cabin and sees a newscast that suggests the woman, Pia Ulmer, kidnapped the baby from its rightful parents and that it is the sole heir of Peru’s wealthiest and most corrupt family. Pia claims that she is the baby’s mother, and Alex doesn't know what to believe. After turning her in, he continues to struggle with his budding feelings for her and remains unsure of the true story. He becomes more and more involved until finally there is no turning back—lives are on the line. He helps Pia get free from a brutal world that values money over life, and together they devise a plan to reclaim the baby. Just when it looks like they might succeed, they discover an international conspiracy that changes the game entirely.

Enjoy the following excerpt:
“I'll take a look inside.” Alex slipped off his backpack, leaned his snowshoes against it, and handed his rifle to Pia. “Wait here.”

He circled the storage barn without seeing anyone, but a watchman might have gone inside to get warm. A small window on the back door proved too dirty to see through, and the door was locked. There were two front entrances, a standard-size pedestrian door and a broad roll-up portal for vehicles. The vehicular door was probably locked, but if there was a guard, chances were the smaller one would be open.

A peep through the front window revealed a watchman, two of them in fact, sitting on the barn's concrete floor and leaning back against supporting columns. They were drinking beer.

Snowmobiles were parked shoulder-to-shoulder, two-deep across one side of the shed. On the other side, a dump truck and a snowcat squatted with their hoods open. Engine parts were strewn over fenders and nearby benches. The dump truck would be excellent cover, and no more than ten feet separated it from the door. But how could he get across that gap without being spotted?

He headed back to where he'd left Pia, and she stepped from behind a tree, lowering his rifle as she did so. She had obviously seen him first and kept him in her sights until she recognized him. Could she actually shoot someone? Alex had seen soldiers with outstanding training records who couldn't squeeze off a round with a human target in their sights.

He explained the problem. He needed a diversion so he could slip across that critical ten feet of open space inside the barn, and the guards had to separate so he could take them out one at a time.

She handed him the rifle, tiptoed to kiss his chin, and marched across open ground to the barn's front entrance. At the door, she turned and stared at him while opening the front of her parka and unbuttoning the top three buttons of her shirt. Save for the thermal undershirt, her breasts would have been exposed almost to her nipples. Though nothing showed but white fabric, it was suggestive of a desire to be seen. She ran the fingers of both hands through her short-cropped hair and gave him a tremulous smile. Then she opened the barn door and stepped inside. 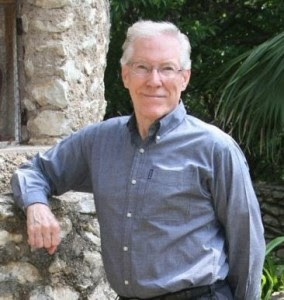 Working with traveling carnivals and itinerant farm labor gangs during his teen and early adult years took Gaylon Greer up, down, and across the U.S. and introduced him to a plethora of colorful individuals who serve as models for his fictional characters. After several years as an Air Force officer and then a university professor with a Ph.D. in economics, Greer developed an interest in writing fiction and attended workshops at the University of Iowa, the University of Nebraska, and Bryn-Mawr College. He also studied with the U.C. Davis Extension program and the Algonquian Writers Group. His most recent novel, THE DESCENT FROM TRUTH is available at www.Amazon.com and other e-book retailers. Please visit Greer at www.GaylonGreer.com
Excerpt Tour Gaylon Greer giveaway Goddess Fish Virtual Book Tour

Goddess Fish Promotions said…
Thank you for hosting
6:28 AM

MomJane said…
Wow, this sounds like a really exciting story. Great excerpt.
8:52 AM

Anonymous said…
I just adore this book from the excerpts I've been reading. Not my norm but I think I'm going to like it.