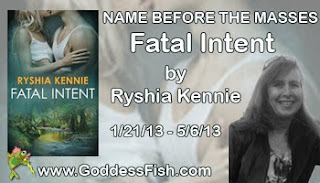 This post is part of a virtual book tour organized by Goddess Fish Promotions. At each stop, Ryshia will award one commenter an ebook copy of From the Dust, a historical romance set in Depression Era Saskatchewan. The grand prize for the tour will be an autographed copy of From the Dust, a book unique bookmark, and a Region 1 DVD of East of Borneo, a 1931 B&W movie. Please click the tour banner to see the other stops on the tour. 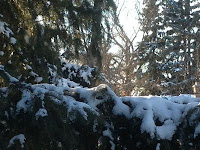 I was asked to write about the view outside my window, so I’m going to take you to the kitchen window as I write this on the last day in January. It’s one of the coldest days this winter, minus twenty-seven Celsius. Too cold to be outside, even the dog scurries out and is back at the door at lightning speed. But when I look out, I forget how bone-chilling the cold is. Instead, I see velvet layers of white draping the fir trees and deep banks of glistening snow curving over the backyard and reflecting against a crystalline, prairie-blue sky. On an extremely cold day like this, the sky is usually very clear, just a sheet of aqua blue that makes you think of a warm summer day. Until you open the door and the frost bitten air swishes in on a cloud that creates an instant chilly steam. 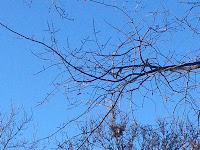 But cold aside, it’s a beautiful, postcard worthy day. The naked poplar and elm trees provide a stark contrast to the blue sky. The squirrels have disappeared, as they do when it gets this cold and there’s not a bird in sight, except, of course, the sparrows. They’re gathering at the bird feeder delighting in some riotous kind of way at not having to scare off anyone not of their flock. The other birds have gone the way of the squirrels, hiding until the cold lifts. So it’s just me in the warm safety of the house and the sparrows who seem impervious to the cold.

So here I am looking out my kitchen window and I can see another place, one I visited not that long ago. But that place is hot and dry, with prickly plants that have thorns and nettles that stick into tiny cracks and openings on the dog’s pads. A place where there is no snow and a little bird struts in it’s silly kind of way running from here to there rather than seeming to fly anywhere. I remember that bird, the road runner, from the cartoon where Wile E Coyote was always trying to get him. How different the real bird is from that cartoon. My imagination has taken me back to Arizona. I remember the nearby mountains and the stories that riddled those mountains and rivaled the cacti for prominence. I’d envisioned barren, stretches of dry land pocked with cactus and instead I saw rolling hills that rapidly filled into mountains, stately cactus and a beauty that was both austere and yet inspiring. There was an odd mix of urban bracketed by wilderness that repeated over and over again. The mountains shadowed everything and maybe it was the arid land but there was a mystery about those craggy peaks that I remembered long after I left.

Desert must be on my mind today for my thoughts travel across the globe as they flit backwards and to another trip – the African desert and one of the Kasbahs of Morocco. I remember running through the Kasbah with an irate water carrier – a man who literally sells water right behind me. He was dressed in bright red with pots hanging around his neck. He was the perfect subject for a picture. He thought not and shouted words that I couldn’t understand before giving chase. Turned out a picture was not free. How was I to know? But running through the Kasbah sticks in my mind today and I know there’s another story there as the rich, earthy smell of spices, the noise of the crowded Kasbah and the echo of yesterday’s world runs parallel to today in my memory.

Arizona. Morocco. They’re both places where I want to set a story and that’s the view from my window, one mixed up in imagination and reality – and that’s the way it is today on one of the coldest days of the year. 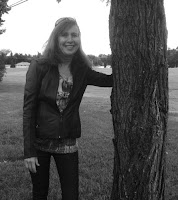 Ryshia Kennie is the author of two published romances. From the Dust is a romance set during the Great Depression. Her second book, Ring of Desire, was set against a backdrop of magic and mystery, in medieval England. An award winning author, her recent novels now focus on suspense and women’s fiction – always with a hint or even a dollop, of romance. The Canadian prairies are home where she lives with her husband and one opinionated Irish Terrier.

Other places to find Ryshia online

In the heart of the jungle lies more than just the hint of death.

Leading a scientific excursion into the Borneo rain forest is a life long dream for entomologist, Garrett Cole. But when her guide turns up dead and headless, her abilities are tested. As the dense foliage pushes her team further from the river, they are lost. Every shimmer of sound is a threat, and when a blonde haired, half-naked giant emerges from nowhere, she wants to run. But there are no options – she needs help.

Raised in the lush cradle of the Borneo jungle, Aidan is as unconventional as the fact that he has no last name. While the city is home, he returns to the jungle for peace and solitude. As a PI, how can he ignore the mystery this group and their dead guide poses? Leading them in a convoluted trek in a bid for answers he soon finds himself in a clash of wills with their alluring leader and answers that slide dangerously close to the tribe he loves.

In the jungle’s torrid heat they find unexpected solace in each others arms. But faced with death and betrayal, in a battle of wits that puts lives on the edge, can anyone be trusted?