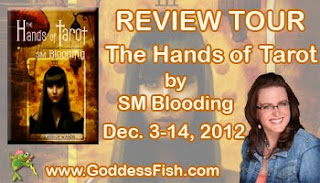 Goddess Fish Promotions said…
Thank you for hosting today.
6:37 AM

SM Blooding said…
Thank you so much for your review!! I really appreciate it and I'm glad you liked it! EEEKKK!! Book 2 draft 1 is done! It's time to edit, but the story is so good! I can't wait to hear what you think of it.
10:23 AM