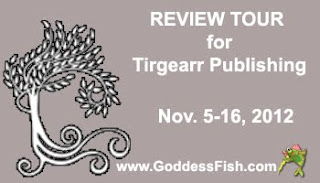 Today's post is part of a virtual book tour organized by Goddess Fish Promotions. A random commenter on today's post will win a $10 Amazon GC from the author. In addition, all comments will be put in a drawing for a $50 Amazon gift card and a copy of their whole library, which includes the next six books which are publishing soon (one at the end of the month, the last five over five days the first week of December, including their year end special publication). Total retail value of $150. Click on the banner to see the other stops on the tour.

Between waking and sleep, they wait.

“Kate Laity’s Unquiet Dreams is the long, deep plunge in the coldest quarry in the woods; the lingering look under the rotting wood at all the writhing life there; the stare into the abyss until one realizes something is staring back.” ~ S. R. Bissette

K.A. Laity's collection of short stories, Unquiet Dreams, runs the gamut from the fantastical with dragons, demons, and changeling to mandrake anthrax to computer murder games that are all too real.

If these stories come from K.A.'s dreams, it's no wonder that her sleep would be unquiet. The unifying theme is that every story leaves you with a feeling of "unquietude," a thankfulness to look up and see the familiar around you. She has the ability to draw you into the darkness she writes.

Not that the stories are depressing--there are some worlds I would love to revisit such as the one featured in "Lachrymae Draconis." However, there are more that you do NOT want to read just before going to bed--you have been warned.

The way the stories are arranged, you never know which way you are going to be heading when you start a story--so every story is a new adventure. This is my first book by K.A. Laity, but it definitely will not be my last. 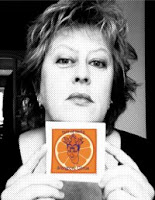 K. A. Laity is the award-winning author of Rook Chant, Owl Stretching, Pelzmantel and Unikirja, a collection of short stories and a play based on the Kalevala, Kanteletar, and other Finnish myths and legend, for which she won the 2005 Eureka Short Story Fellowship as well as a 2006 Finlandia Foundation grant. With cartoonist Elena Steier she created the occult detective comic Jane Quiet. Her bibliography is chock full of short stories, humor pieces, plays and essays, both scholarly and popular. She also writes romance as C. Margery Kempe and Kit Marlowe.

And thanks to Judy for her lovely review. We've updated Kate's's book page with the review and a link back to this page for future readers.

More information about Kate can be found at --
http://www.tirgearrpublishing.com/authors/Laity_KA

Please note that anyone commenting today on Kate's page, and through the rest of our tour, will be entered into our grand prize drawing at the end of the tour, 16 November. Post on more than one author's hosted page and receive additional entries. Be sure to include your email address!

Today, Kate is giving away a $10 Amazon gc to one lucky winner. Tirgearr Publishing will also be giving away a spot prize to the most unique comment or question.

The grand prize includes a $50 Amazon gift card and a copy of our full book list, which includes the final six books being released before the end of the year. Total retail value of $150! The winner will be randomly drawn on the 17th and announced on our website and media sites.

Additionally, Tirgearr Publishing is hosting a 50% off sale on all of our titles through the 18th. If you haven't been a spot prize winner or the grand prize winner, you'll still have time to grab some amazing stories at HALF OFF!

Anonymous said…
Thanks so much. A thoughtful review is always appreciated.
8:15 AM

Rita Wray said…
Great post, I enjoyed it. By the way, I was born in Finland.

Karen H said…
Thanks for such a tempting review. Makes me want to jump in!

I know many authors write assorted genres using pen names. How difficult is it to keep one persona separate from the other? Sounds to me like the things nightmares are made of!

Anonymous said…
This sounds like some pretty awesome stories here. Where do you get your ideas for them? It doesn't sound like they're part of one overall theme but kind of convoluted.

Anonymous said…
@Ingeborg, always glad to know someone from the homeland!

@Charlene, thanks for stopping by to say hello!

@Karen, I love my pseuds! I get to have arguments with myself and it's like being a spy. I always loved pretending to be other people. So dull to just be myself!

@Simone, I literally get my ideas everywhere. I can't seem to stop having them. They usually begin with 'what if?' What if Christopher Marlowe wrote like Hunter S. Thompson, what if dragon's breath were not an herb but a real thing, what if there were something that even scared a serial killer? They just keep coming.
1:39 PM

Unknown said…
Sounds like an intriguing read and I'll be checking it out. Thank you for the post. David.
3:36 PM

Anonymous said…
Thanks for stopping by, David. I hope you enjoy the book.
4:24 PM

Debby said…
It sounds like this is quite a collection of stories. I hope to read some.
debby236 at gmail dot com
8:13 PM

Anonymous said…
Hi, Isabo! Thanks for stopping by. And thanks too, Debby. I have to go put the names into my virtual hat and draw a winner.
9:39 AM

Anonymous said…
I forgot to actually draw a name! And the drum roll please....

Ingeborg! Congratulations -- and the rest of you are entered in the big giveaway.
12:21 PM

Muzz05 said…
Sounds like a creepy compilation of stories. I love creepy. Yay sounds like a winner to me. Thanks for participating in this awesome event. Heather Heslip Alexander heathermuzz@gmail.com
12:39 AM