This post is part of a virtual book tour organized by Goddess Fish Promotions. Randy Ellefson will be awarding an ultimate world builder's package to a randomly drawn winner via rafflecopter during the tour. Click on the tour banner to see the other stops on the tour.

Creating a unique, immersive setting one place at a time.

CREATING PLACES (THE ART OF WORLD BUILDING, #2) is a detailed how-to guide on inventing the heart of every imaginary world - places. It includes chapters on inventing planets, moons, continents, mountains, forests, deserts, bodies of water, sovereign powers, settlements, and interesting locales. Extensive, culled research on each is provided to inform your world building decisions and understand the impact on craft, story, and audience. You’ll also learn how and when to create history and maps. Experts and beginners alike will benefit from the free templates that make building worlds easier, quicker, and more fun.

Learn the difference between types of monarchies, democracies, dictatorships and more for realistic variety and believable conflict. Understand how latitude, prevailing winds, and mountains affect climate, rainfall, and what types of forests and deserts will exist in each location. Consistently calculate how long it takes to travel by horse, wagon, sailing vessels, or even dragon over different terrain types and conditions.

CREATING PLACES is the second volume in THE ART OF WORLD BUILDING, the only multi-volume series of its kind. Three times the length, depth, and breadth of other guides, the series can help fantasy and science fiction creators determine how much to build and why, how to use world building in your work, and whether the effort to create places will reap rewards for you and your audience.

The term “tidal locking” will make many of us think of tides, but these are unrelated phenomenon. Our moon is tidally locked to the Earth. The same side is always facing us because the moon rotates on its axis in the same number of days it takes to orbit us. This might seem coincidental and unique, but most significant moons in our solar system are tidally locked to their planet; those nearest experience this first. Tidal locking is an eventual result caused by gravity. Early in a moon’s orbiting, it might not be tidally locked, but ours may have become locked in as few as a hundred days (its proximity and size having much to do with this). A moon that is not tidally locked may have recently formed or been captured by the planet. Either way, the stabilization process hasn’t completed.

As world builders, we have some leeway to claim a satellite is locked or not. Most people are unfamiliar with the concept and we should only mention it if locking has occurred, as readers will assume the opposite without being told. Note that a close, large moon like ours will almost certainly be locked; during the brief period when ours was not, it and the Earth were molten and devoid of life.

Normally, only the satellite is locked to the planet, but they can become mutually tidally locked, as happened with Pluto and its moon, Charon. This means that each of them only sees one side of the other. If we stood on our moon, we’d see all sides of Earth as it rotates, but from Earth, we see only one side of the moon because they are not mutually tidally locked. If they were, the moon would stay in the exact same spot in the sky. About half the planet would see it, while the other half wouldn’t even know it existed unless traveling to the far side of the world. This would eliminate most tides (see next section) except those caused by the sun.
About the Author: 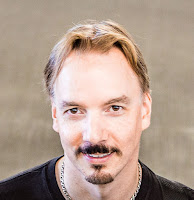 Randy Ellefson has written fantasy fiction since his teens and is an avid world builder, having spent three decades creating Llurien, which has its own website. He has a Bachelor’s of Music in classical guitar but has always been more of a rocker, having released several albums and earned endorsements from music companies. He’s a professional software developer and runs a consulting firm in the Washington D.C. suburbs. He loves spending time with his son and daughter when not writing, making music, or playing golf.


Buy the book at these online retailers. 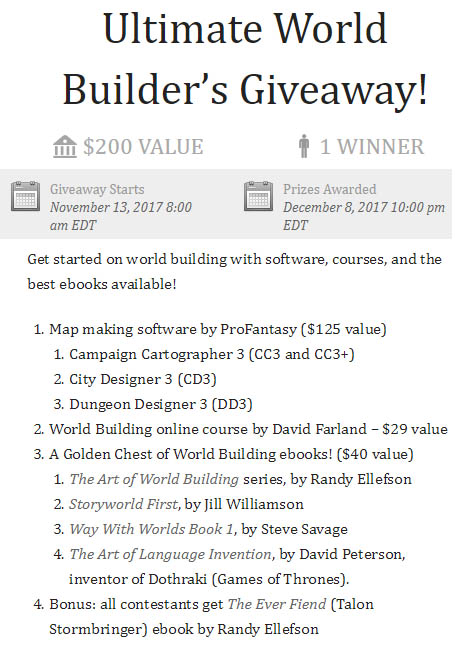 Goddess Fish Promotions said…
Thanks for hosting!
4:41 AM

Unknown said…
Thanks for hosting!
5:24 AM