This post is part of a virtual book tour organized by Goddess Fish Promotions. Lisa will be awarding a $50 Amazon or B/N GC to a randomly drawn winner via rafflecopter during the tour. Click on the tour banner to see the other stops on the tour.

Rachel Kauffman and Jarred Zimmerman seem to have nothing in common. She's the outgoing youngest of a large, close-knit Amish clan, while Jarred is a young veterinarian who trusts the animals he heals far more than he trusts people. However, when Rachel's horse falls ill, Jarred's struggles to save him show Rachel he's a man who cares deeply. And the respect he feels for her gentle warmhearted ways soon becomes an irresistible bond. When Rachel tries to help Jarred reunite with his parents, it's an unexpected blessing..with one complication. If he takes this chance to put his past to rest, it could separate him and Rachel for good. Now, with prayer, love...and her hope chest's small miracles, Jarred and Rachel must find the courage to reconcile their wishes into a joyous life together.

He didn’t know Rachel well, but his instincts were usually right on target. His keen sense of reading people had kicked in at an early age. So had his lack of trust. By contrast, the Kauffman girl was unusually open and honest. Without a doubt, Rachel represented everything he’d yearned for growing up. When he was with her, an unprecedented sense of comfort and security filled his heart and soul.

But he had reciprocated her sentiment. And to his surprise, he’d confessed to her that his parents hadn’t raised him. It was the first time he’d ever told anyone, but she was a good listener, and the sad story of growing up without his own mom and dad was something he’d carried on his shoulders a long time.

He stood and paced to the living room to glance at the picture of his brother. At that moment, he knew to stay realistic about this sudden adoration for the beautiful Amish girl. Although she was of the Christian faith, the Amish way of life differed greatly from his own, so his feelings he had for Rachel could only lead to a dead-end street. 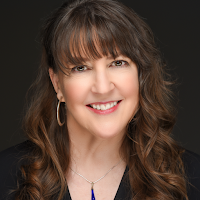 Lisa Jones Baker is a multi-published author with Kensington Books. Her debut book of THE HOPE CHEST OF DREAMS series, REBECCA’S BOUQUET, won a Publishers Weekly starred review. A former teacher with a BA degree in French education, Lisa has been on 5 out of 7 continents, is a dog lover. She enjoys positive thinkers, volunteering in her church’s food pantry, and strong female characters.

Goddess Fish Promotions said…
Thanks for hosting!
5:47 AM