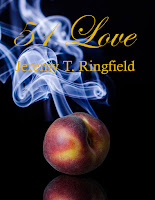 This story is about Abram, a hopeless romantic who enrolls into college and begins leaving love notes for the girl, Jec, who works at the front desk of his student apartments. About why they know each other when neither have even met. That's right, she had seen his face only two weeks earlier, when he tossed his book bag in the middle of the street, holding up traffic like a mad homeless man. But what she doesn't know is that just before he came to grab his keys to move in, the handsome albeit strange eyes and the person they belong to had just been released from the county jail.

The jail cell talk without any cameras around to record make his last 51 minutes in the pen with a sketchy bunkmate a do or die conversation that may explain why he became homeless, why he wrote the love letters in the first place, and if both were random at all.

I think, for the price of a pizza, the experience of the novel is priceless.

A literary ecstasy, this was not a book I wanted to lend. I had to have it.

My co-worker interjects my thoughts, “Is that lighter fluid? What is he burning out there in our fire pit? I’m telling you Jec, that dude killed somebody. You haven’t seen him around as long as I have. The way he’s always scrunching his face, looking like a stone cold killer with all that stinking thinking. Some people struggle with who they really are. And when it goes foul, you know they don’t always catch these people.”

He picks up and holds out the book I am reading titled Wait For You, and says, “Some novels you have to read twice to really see all the beauty in the nuances, but these plots don’t always end beautifully Jec. You should start reading more of them.”

I take a bite out of an apple and stop scratching my thumb across a squiggled smear on my permanent marker to look out the window as I reply to my front desk co-receptionist, “Bobby, you’re being ridiculous. It just looked like he pulled some papers from a box and threw them into the pit. Hey, where’d he go?”

Bobby answers quickly, “No really, have you seen him using his hands on the street? He’s probably practicing some lethal judo that nobody knows right now. Hi-yah!—”

At the sound of the front door bell I tried to smother my giggle in professionalism, but I no longer found it necessary to suppress as the blurry silhouette of the person entering the front door became clear and my laughter came to a sudden halt. 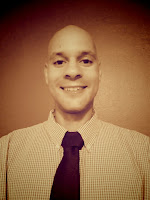 Jeremy lives in Colorado Springs, Colorado. He grew up in the south Atlanta area, where he eventually earned a football scholarship to Duke University. After experiencing enough life to form his own opinions, he enjoys sharing some with friends, reading, watching fantasy thriller and romance films, listening to music, and jogging when he is not writing. He writes new adult fiction.

Jeremy would love to hear from you.

Goddess Fish Promotions said…
Thanks for hosting!
4:21 AM

DanieX said…
this sounds like a really good book I could definitely get into!
12:28 PM

Unknown said…
congrats on the tour and thanks for the chance to win :)
3:30 PM

Bridgett Wilbur said…
I love you cover and would really love to read your book.
4:05 PM