This post is part of a virtual book tour organized by Goddess Fish Promotions. Toby Neal will be awarding $30 Amazon or Barnes and Noble GC to a randomly drawn winner via rafflecopter during the tour. Click on the tour banner to see the other stops on the tour.

‘Wired in’ to her computers, MMA-fighting tech agent Sophie Ang has been content in her clean, cool tech lab, where she chases criminals online, continuing a dance in the dark with the enigmatic vigilante known as the Ghost. Tumultuous changes from without and within eject her from her agency cocoon to the front lines, where she finds herself in partnership with a brilliant, overbearing, larger-than-life ex-Special Forces operative, Jake Dunn. They climb walls, dodge bullets, kidnap children and dig up bodies for a case that might cost her life—and has already taken her badge.

Children shouldn’t be treated as slaves. Anger tightened Special Agent Sophie Ang's hands as she adjusted the binoculars a little more to focus in on ten kids of various ages, bent over in a water-filled patch of land planted in the deep green, heart-shaped leaves of the Hawaiian kalo. They wore bathing suits and palm frond hats as they worked in the hot sun, an adult supervising from the shade of a nearby palm tree.

Taro farming was back-breaking work, and it looked like the Society of Light cult was using their shortest members to work with the submerged tubers. Sophie’s partner in the operation, Ken Yamada, shifted restlessly beside her in their camouflage surveillance tent on a rise of ground across the river from the compound. “Ten is more children than we were told about.” he murmured.

“We have to locate the two targets,” Sophie said, for the benefit of their SAC, Waxman, monitoring through their comms. “Can’t identify the children positively yet.” The homemade hats hid the red blond hair the children’s mother had told the agents to look for. Sophie widened her scan, and took in the rest of the cult's property. 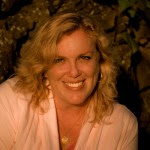 Social worker turned author Toby Neal grew up on the island of Kaua`i in Hawaii. Neal is the author of more than twenty novels in the mystery, romance and young adult genres, including the twelve-book USA Today bestselling, award-winning Lei Crime Series. This police procedural mystery series centers on Leilani “Lei” Matsumoto Texeira, a multicultural detective with issues, her dog Keiki, and her love interest, Stevens, as they solve a range of complicated crimes in the Hawaiian Islands.

The Lei Crime Series has sold over a million books since its debut in December of 2011, and in 2015, Amazon launched the Lei Crime Kindle World, which allows authors to build licensed fan fiction upon Neal’s characters. There are close to fifty fan fiction spinoff works in the World currently.

Outside of counseling work and writing, Toby volunteers in a nonprofit for children and enjoys life in Hawaii through beach walking, swimming, gardening, photography and hiking.


Buy the book at Amazon, Barnes and Noble, iBooks, or Kobo.

Jeanne said…
Thank you for this opportunity. Love Toby's books. One of my favorite authors.
8:22 AM

Lisa Hudson said…
Thanks for this opportunity! Toby Neal is one of my favorite authors. She is an excellent writer! You don't just read her books; you EXPERIENCE them!
10:32 AM

Toby Neal said…
Mahalo for my dear readers who stopped in...and thanks to you for hosting my books and giveaway!
ALoha from Maui
Toby Neal

Unknown said…
Congrats on the tour and thanks for the chance to win :)
7:09 AM