This post is part of a virtual book tour organized by Goddess Fish Promotions. The author will award a $25 Amazon/BN GC to a randomly drawn commenter via Rafflecopter. Click on the tour banner to see the other stops on the tour.

Interior designer Marissa O’Brien has sworn off long-term relationships, instead protecting herself from a broken heart by following a specific set of rules when it comes to her many flirtations and first dates. She’s content to just have fun in the world of romance, but all her rules fly out the window when she grabs the attention of a sexy, international stranger during her weekly Girls’ Night Out.

Josh Mattingly has spent the last two years trying to turn over a new leaf, focusing on his role in the family corporation and erasing his womanizing reputation. In Asheville, North Carolina, on business, the last thing he’d planned on was getting involved with a local girl. But one encounter with Marissa has him hooked. He soon falls hard for the designer, and now he’s terrified to reveal his romantic past for fear she’ll bolt.

Marissa recognizes a playboy when she sees one and tries to keep her attraction to Josh under wraps–until they share a passionate kiss that leaves both of them singed. Still, she knows their love affair has an expiration date, and everything is destined to end once Josh finishes his business in Asheville. Now, along with showing his family that he’s left his old habits behind, Josh has a new challenge–proving to Marissa that she can trust him with her heart.

“There’s no crime in a girl looking.” Affecting a nonchalant shrug, I lift my bottle, take a long drink, and try to convince myself Josh isn’t staring at my lips.

“No,” Josh replies, something shifting in his eyes. “No, there’s definitely no crime in looking.”

I turn, my free hand raised in a pretty wave that’s meant to dismiss him. I’m not sure whether or not I want him to follow, but I know I can’t stand this close to him anymore. Escape. Back to the safety net of my friends before I get singed.

He catches my arm between elbow and wrist, his grip sliding down until his long fingers lace with mine. Every atom in my hand, arm, body explodes with the force of nuclear fusion, forcing me to stop before I fall down.

Rendered temporarily absent, though I can still hear him say, “Can I at least find out your name before you go report back to your pack of lady-friends?”

Slowly my vision returns, honing in on a face that looks to have been carved from bronze. “Marissa O’Brien.”

I never—and I mean never!—give my last name if a guy hasn’t made it past the chat-me-up stage. I leave him whipped into a frenzy and wondering where he went wrong, while I saunter back to my own content corner of the world.

But not Josh. He brings my hand to his lips in a crazy, Old World gesture of romantic chivalry that practically knocks me out of my boots. Then he says, in his out-of-place, richly accented baritone, “Maybe I’ll run into you again, Red. Enjoy the rest of your night.” 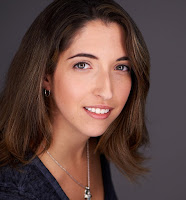 J. Lynn Rowan started writing stories as a small child, usually starring her favorite cartoon characters. Most of her work through middle and high school was filled with typical teenage angst and melodrama, and usually mirrored the books she loved to read. But eventually she found her own author’s voice and decided to seriously pursue a writing career.

Historical fiction remains J. Lynn’s “first love”, but she has enjoyed the journey to becoming an author of romance and chick lit. She is a member of Romance Writers of America, the Central New York Romance Writers, and the Historical Novel Society. She is also a teacher who tries to instill a love of learning, reading, and writing in her students.

When she’s not writing, J. Lynn enjoys travelling, gardening poorly but enthusiastically, studying various topics in American history for her own expertise, and channeling Julia Child every time she steps into the kitchen.

A native of Oswego, NY, she now lives in Charlotte, NC, with her own Romantic Hero of a husband and the most adorable toddler on the planet.

Goddess Fish Promotions said…
Thanks for hosting!
7:19 AM

Unknown said…
Thanks for hosting me today!
5:00 PM