Win a $30 GC: The Honeydripper Affair by Joanna Kidson

This post is part of a virtual book tour organized by Goddess Fish Promotions. Joanna will be awarding a $30 Amazon or B/N GC to a randomly drawn winner via rafflecopter during the tour. Click on the tour banner to see the other stops on the tour.

She should never have met up with Ryan, that’s for sure.

You see, Lucy Nevin has got something that people are willing to kill for - she just doesn't know it....yet.

Handing Ryan the notebook threw the killers off her scent for a while but as Lucy uncovers more details about the death of her father, it becomes clear that this ruthless gang of criminals will stop at nothing to get what they want from her.

And then Dan shows up. Is that coincidence or by design? Either way, she’s now sucked into a deadly game between the killers, the armed forces and the government. They all think that Lucy has the code – the code that will give them control of the internet. The scary thing is; if you’ve ever used the internet, this is happening to you right now.

Trouble is - time is running out for Lucy and she needs answers. What exactly is the Honeydripper Affair?

Lucy had thought about meeting Daniel again a thousand times, but it had never played out like this. She surprised herself at the ferocious nature of her attack. She was mocking him and she wanted to rise above that, just stick to the facts, but she couldn't.

His insistence just wound Lucy up more. "Oh, you need to talk, do you? Now that it suits you, it's time for a chat? What about all the times when I needed to talk? Where were you then? With your new woman? Go and talk to her now if you need a chat."

"Stop, Lucy. I know you hate me, and I deserve it, but I need to talk to you. You're in danger. Serious danger."

Lucy did stop. For a moment. But she hadn't finished.

"Yes, I'm in danger. In danger of punching you, of kicking your head in."

Daniel leaned forward, tried to grab her hands. Lucy pulled away, sputtering, and he sighed. But he didn’t lean away.

"Listen, this is about your father. He was murdered. The accident was no accident. And the people who did it are coming after you now."

Lucy let the words sink in, her mind a confused jumble of conflicting thoughts. She started again on autopilot. "I don't know what kind of game you’re playing this time, but you are full of shit."

Daniel looked her straight in the eye, silently commanding her to listen. It was a look she recognized, but one he’d never turned on her.

"I know this sounds crazy, but I'm deadly serious. Your father was working on something classified – Operation Honeydripper. Check it out. His killers think you have information and they'll stop at nothing to take it from you. I want to help you."

Lucy could feel her mind coming back, shifting her away from anger, but the rage wasn’t completely subdued.

"You've got a nerve coming back here and feeding me this bullshit. You didn't even know my father. You’re a bastard for bringing him into this mess, putting the blame on him."

She was shaking as she stood. "I honestly don't know what I ever saw in you."

The shaking increased as she marched from the bar but she didn’t look back. 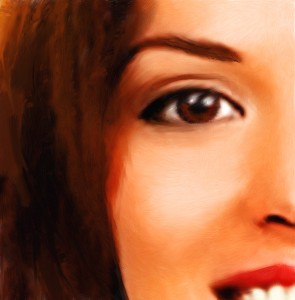 About the Author: After living in America and Australia, Joanna finally settled in England and now lives in London, a stone’s throw away from the river and the park. Also in the household is a husband, two kids and a small dog.

She’s a hopeless romantic at heart and an eternal optimist, believing that everything will turn out alright in the end.

She also believes that the chance of a lifetime comes around about once every two weeks and we actually did land a man on the moon!

Writing is a joyful escape but it’s often laced with a healthy dose of truth and reality.

Unknown said…
If you have ever gotten writer's block, what do you do to break it? Thank you.
5:21 AM