This post is part of a virtual book tour organized by Goddess Fish Promotions. Enter to win a $50 Amazon/BN GC by entering the Rafflecopter below. Click on the tour banner to see the other stops on the tour.

I’d like to say I have a stack of snooker cues under there, but I haven’t played the game for a while. I have a lift up bed, so there is an actual cupboard space under my bed. I have two suit cases, large and small for the overseas and local trips I regularly take. Not much else...boring I know!

I was on one of the many skiing trips I made as a younger man. I had been skiing intermittently for many years and was about to make the transition from skiing the intermediate (blue) runs to the advanced (black) runs. My most terrifying moment was summoning the courage to ski my first black run. I was reluctantly pushed to do this by an Austrian man I had befriended that week. He was twice my age, but a vastly better and fitter skier than I. I remember his words well. “Okay Michael, I go, you follow,” as he suddenly leapt over the precipice of what appeared to be a vertical cliff to me. I dared to look over the edge, to see my friend a hundred metres below waving me to follow. Somehow, I managed to summon the courage to do just that. One of the scenes in Cubeball was based loosely on that experience.

I often listen to music to inspire me. Surprisingly, I don’t mind noise around me as I write. A lot of my first drafts are penned in public places, such as cafes, beaches and parks. However, music that is special to me, summons some of my best creativity. I often say to myself and other writers, if what you write draws out strong emotions in you, it is usually good writing. All art can have that effect on me, writing, music, film and theatre. But what music? Armand Amar at the moment. Also Jamie xx, Laura Marling. I of course listened to a lot of Beethoven as I wrote Cubeball.

What is something you’d like to accomplish in your writing next year?

I am writing another new novel in 2016. I have organised accommodation in Bordeaux for a few months to write the first draft. Anne, my partner, will join me after that and we’ll tour France and Italy together for another few months. I have never driven on European roads, so I have set a goal to finally drive on European roads. I’ll return to Melbourne in August and edit the new novel for the remainder of 2016. Feel free to contact me and I’ll tell you more about my new novel.

I wrote the first draft of Cubeball in three months, whilst I was staying in a small town in the Sunshine Coast Hinterland. It was the sparsest accommodation I had ever experienced. There was no television or radio or wifi! It was very hard adjustment, but I have never felt more creative. I remember regularly waking up in the early hours, excited by a lucid dream I had experienced and spending an hour or so describing it in my notebook.

A naturally gifted ex-national champion and a savant with a computer-like mind compete against the world's best in the 22nd century's most popular sport - CUBEBALL - the chess-like, technology-enhanced, snooker of the future where the world stage is dominated by gambling, drugs and massive audiences.

Jules’ gaze emboldened Mickey to reveal his special gift to her. He strode confidently to the cue-ball and lined up one of the most difficult shots in cubeball. Then with little thought, he cracked the cue-ball with a force that matched the passion he was feeling. The curve on the first line was more pronounced than the programmed line set by the computer.

Mickey had struck the perfect shot. Sam and Riley sat staring at the console, mesmerised by what they had just seen and eager to re-capture its perfection on replay. Only champions could play this way and it was clear to all that Mickey was developing into one.

“Fucking incredible,” said Johnnie. His eyes were wide. Filled with awe for Mickey’s skills and expectation with how much he could earn from it.

Mickey didn’t hear his appreciative manager. He didn’t see the small tear that had formed in his kid sister’s admiring eye. His gaze remained on Jules. She brushed her hair back on to her shoulders before resting her slender hands on her hips. Her mouth was wide open, breathing in her excitement for what she had just seen. Then her eyes revealed that there was more to her feelings than that of an adoring fan. Her gaze began to fill with a stirring hunger. Fate was beginning to move into Mickey’s life like an evening moon tide. 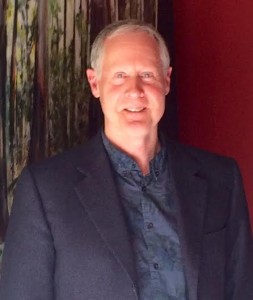 I commenced writing science fiction novels full time in 2009. It was a life-long interest of mine. I have written five novels - all exploring contemporary social issues in future speculative worlds. They are: Shadow Dance; Extinction; Cubeball; Titan Sages and Alive. My novels blend speculative science, new age and poetry. Readers of novels such as Carl Sagan’s Contact would enjoy my novels.


Buy the book at iBooks, Amazon, or BookPOD.

Michael Leon said…
Thank you Judy for hosting me today and thanks to Goddess Fish! Wishing everyone good luck in the giveaway!
4:16 AM

Goddess Fish Promotions said…
Thanks for hosting!
4:42 AM

Nikolina said…
I was really enjoying following this tour, thank you!

Michael Leon said…
Hi Nikolina! I've enjoyed your wonderful support and encouragement on this tour! Good luck with the giveaway!
11:01 AM

MomJane said…
How wonderful to be able to do more writing in France and Italy. I really envy you. This book sounds really good.
12:19 PM

Michael Leon said…
Hi MomJane! Yes, I am very lucky to be able to write and travel. I do so love living a creative life. I also very much appreciate your interest in my tour and your support. Thank you and the very best of luck in the giveaway!
1:01 PM

Michael Leon said…
Hi Trix! Thanks for your good wishes and support during my book tour. Good luck with the giveaway!
1:05 PM

Eva Millien said…
Great interview and excerpt, sounds like a thrilling read, thanks for sharing, I enjoyed following the tour and learning about Cubeball, good luck!
1:33 PM

Betty Woodrum said…
I have really enjoyed your book tour, Micahel, and learning about you and your book! I wish you great success! And I do admit to being somewhat, okay a LOT, envious of your upcoming trip to France! Enjoy and happy writing!
1:48 PM

Victoria Alexander said…
I've enjoyed following the tour for Cubeball and learning/reading about it! I'm looking forward to getting a copy myself. Thanks for sharing :)
3:47 PM

Michael Leon said…
Hi Rita! Thank you for all your great feedback! Good luck with the giveaway!
4:46 PM

Michael Leon said…
Hi Eva! I have appreciated your many positive comments for my book. Your encouragement and those of others does make a difference to emerging writers, such as myself. Best of luck with the giveaway and continued great reading for you!
4:53 PM

Michael Leon said…
Bonjour Betty! Merci beaucoup! I am very lucky to be able to travel as I do and I do love a creative life. I have also thoroughly enjoyed my first virtual book tour, thanks to all the wonderful people who have taken the time to visit. Thanks to you Betty, for supporting and encouraging me! The very best of luck in the giveaway!
5:02 PM

Michael Leon said…
Hi Victoria! Thanks so much for your support. I hope you enjoy reading Cubeball. I look forward to your feedback and the very best of luck in the giveaway!
5:07 PM

Ree Dee said…
I enjoyed following this tour. Thank you for the post and the giveaway!
5:08 PM

Michael Leon said…
Hi Amy! I have had a full life. Some of those experiences do end up in my stories, but I won't say which ones! Thanks for visiting and good luck with the giveaway!
5:12 PM

Michael Leon said…
Hi Ree Dee! I have enjoyed your many supportive comments throughout the tour. Thanks so much for taking the time and the very best of luck with the giveaway!
5:14 PM

Michael Leon said…
Hi Ally! Thanks for visiting. I look forward to your feedback and good luck with the giveaway!
11:55 PM