This post is part of a virtual book tour organized by Goddess Fish Promotions. Deborah will be awarding a $25 Amazon or B/N GC to a randomly drawn winner via rafflecopter during the tour. Click on the tour banner to see the other stops on the tour.

Petir takes a rough tumble in the Connecticut woods, but awakens in the middle of old England. His instinct to freak out is tempered by the arrival of a fair maiden wearing a bow...and arrow. Throwing caution to the wind, Petir decides he has nothing to lose by pursuing Maid Rianne. But when she is captured by the enemy, a geek with no ability to defend himself must find a way to rescue the fair maiden.

“Let go of me.” Rianne spoke quietly, tightly gripping her irritation as she stared at the hand grasping her arm. Where was the giddy feeling the mere sight of Lord Robert usually invoked? His oh-so-handsome face still held those marvelous gray eyes and perfectly even teeth, but, right now, she wanted to punch that flawless nose. The idea of spending the rest of her life with him was rapidly losing its appeal.

He uncurled his grip from her arm and took a step back. “M’lady.” He bowed, his attractive face marred by a sneer. “Or should I say, m’lad?”

She bit down on her rising annoyance. They never argued. They always agreed. So why could he not get past this? “What upsets you most, m’lord? That I am disguised as a lad, or that I side with the oppressed?”

“The oppressed? I beg your pardon. They live the life they have chosen. Please, Maid Rianne, think. How will it appear to the sheriff if I allow you to go off into the forest to live with this band of thieves?”

Allow me? Even as her anger escalated, she noticed a slight shift in his stance. She braced herself. 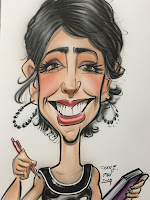 I’m DEBORAH ANN DAVIS, and I write Quirky New/Young Adult Fiction with a Twist. I began writing when searching for inspiration for my 5th grade English Journal. Lo and behold, my world was full of funny tales just waiting to be told. It never occurred to me to pursue writing, not even when I discovered my flare for telling stories at college parties.

After a string of undergrad majors, I realized I could reach a captive audience EVERY DAY in the public school system. As you probably know, teenagers love to laugh, and what could be more entertaining than Biology, Earth Science, and Environmental Science? I jumped into teaching with both feet and loved it for 27 years. It came with an added bonus: Once teens know you like to laugh, they want to make you laugh. Go figure.

Twelve years after our first kiss, I reunited with, and married my childhood sweetheart. Together we coached our daughter's AAU Basketball Team, which swept States two years in a row. (Yay!) Then, for several years, our daughter and our money went to college.

During a particularly nasty bout of Lyme disease, I turned to Fitness to boost my Health, and to Writing to boost my Happiness. Currently, I am a healthy and happy Educational Speaker and a Certified Personal Trainer who loves to write.

We presently reside on a lovely lake in Connecticut. When I’m not writing novels for my Love of Fairs series, I enjoy dabbling with living a sustainable life, dancing, playing outside, and laughing really hard every day. I also promote increasing movement throughout your day as Wiggle Writer in my Merry Meddling blog.

Goddess Fish Promotions said…
Thank you for hosting
6:18 AM

Unknown said…
Good Morning, Everybody! Thank you for having me.

I'm so happy to spend one of my favorite holidays with you...National Blonde Brownie Day! I'm going to save mine - gluten free - for the end of the day. How about you?

Anonymous said…
If you could travel to a different country where would it be?
10:08 AM

Unknown said…
If I could travel to a different country, right now it would be Mexico. I got a taste of Mayan history while traveling in November, and I want some more. I especially want to see the pyramids. Their scientific/mathematical abilities were phenomenal!
10:17 AM

Stormy Vixen said…
I enjoyed the excerpt, sounds like a fantastic read, thanks for sharing!
2:38 PM

Unknown said…
Thank you, Rita and Eva. Selecting excerpts from a larger piece is an interesting exercise. You have to detach yourself from what you know, and try to visualize what a reader, who has not read the book, will see. On this tour, I find I nailed it sometimes, but was not as on the mark with others.
2:53 PM

Unknown said…
Thanks, MomJane. Have a remarkable day!
4:59 PM

Unknown said…
I really enjoyed the excerpt, thank you for sharing! Enjoy National Blonde Brownie Day, Deborah! I'm pretty much snowed in and no brownies of any kind!!! I was ill-prepared!
5:18 PM

Victoria Alexander said…
Thanks for sharing the excerpt!
12:01 AM

Unknown said…
Awww, Betty! Please tell me you at least have hot soup! This is National Soup month, perfect for being snowbound. The snow is due here in 2 hours, bringing 5+ inches. This is the first storm of the season!
7:25 AM

Unknown said…
You're welcome, Victoria. I hope you enjoyed it!
7:28 AM