This post is part of a virtual book tour organized by Goddess Fish Promotions. The author will be awarding a $15 Amazon GC plus Swag: 1 Sonar The Cyclone e-book, 1 Sonar The Cyclone Photo Magnet and 1 Sonar pen to a randomly drawn winner via rafflecopter during the tour. Click on the tour banner to see the other stops on the tour. 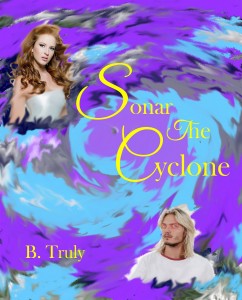 Is your destiny determined by what the future has foretold? Or is fate deemed in the hands of what you behold?

The Royal 4 are now back on their home territory of Nazari, determined to get things back to normal. Syira’s forbidden love is being held captive. She is hell-bent on fighting for him despite the immense obstacles. She must find a way to convince her race that Kadeem is not dangerous. Their threat lies from deeper within.

Shiray has accepted her past and is moving forward with her life, but it comes back to haunt her tenfold. That all changes when she stumbles across the truth. Now, she must pick up the pieces of her shattered life.

They are in the calm but know when they approach the dirty side of the Cyclone storm, terrible things will unravel. The future is revealed and they get a glimpse of Fate’s course. Time is not on their side. They must attempt to change their destiny or their world will be doomed.

Tara let Kadeem and me into her bedroom. The room was pretty much set up the same way as before when I’d come several months ago. Candles were lit everywhere and it was dim. We followed her to where she had more candles and the same brown bowl on the floor. There were several pillows on the ground. We both sat down and waited for instructions. “I have already explained the basic concept to Kadeem,” I told Tara.

“Okay. Let’s begin. Remember, you’ll feel weird. Once you start to feel the effects, let me know and we will join hands.”

She handed Kadeem the bowl first. He sniffed it and turned his nose.

“It tastes bitter,” I warned him.

He took a few sips. “Yeah, you’re right.” He passed me the bowl and I took three sips. Yuck! It still tasted nasty. I held Kadeem’s hand. We stared at each other for a few minutes. Then the effects hit me. The high feeling was the same. I was hoping it might be different since I had been pregnant last time. Kadeem was gleaming, obviously feeling the effects.

“Has the substance kicked in?” Tara asked.

“It will take several hours for the effect to wear off,” I told Kadeem.

“I’m not sure I want them to.” He smiled even wider.

Tara shook her head and grinned. Then she reached for ours hands. “Don’t let go of each other’s hand until the vision begins to unfold. Once it does, it will be as if you are really there,” she told Kadeem. It terrified me to see the rest of this vision. But you had to face your fears to overcome them.

Kadeem and Tara both vanish. Blazing vibrant lights flash before me. Then I see the dark open field close by Elms Forest. Thunderous noises echo from above. Our ships are in sky battle. Another bright flash occurs and hundreds of Kadanans and Polars appear. Kadeem is standing next to me and I feel I can face this.

Shiray’s at it again with the platinum bob woman who has grey eyes. I pray it ends differently this time. They are exchanging blows, their movements rapid. The woman Polar has mind powers equivalent to Shi’s. They are inflicting pain while brawling. Every few seconds one of them inflicts pain and the other gets the upper hand.

My heart races as they continue to box. Another female intervenes and Shi is fighting both of them. Bryan spots them and tries to jump in. He throws flames at platinum bob. But she dashes from the flames’ path and pins him to the ground with agony. Shi scrambles to her feet in an attempt to help Bryan, but platinum bob delivers a warp of pain her way. The other female Polar uses this to her advantage and sends multiple rounds of lightning bolts through Shi. She falls to her knees, helpless under both their attacks. Shi continues to get blasts of electricity. Kadeem stares in shock. I turn my head unable to bear it. Moments later, I hear a thud. I then look at Shi, whose face is etched in pain. It’s a horrid sound when her heart stops beating. The life leaves her eyes. Bryan is shouting her name. 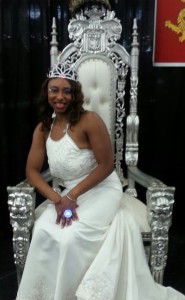 B Truly has wanted to be an author since she was fifteen years old and is grateful to have accomplished this dream. She has very vivid dreams and a wild imagination. She likes to read, watch tons of TV shows, and movies. She is addicted to romance and gets a thrill out of action and suspense. She writes New Adult, Fantasy, Sci-fi, and Paranormal-Romance.

In the Sonar series, B Truly said, “It was fun to explore different elements of Sci-fi romance and create various realms of powers for my characters. I want to show my readers that Sci-fi can be fun, but also traumatic. I hope you guys enjoy the Sonar Series.”

B Truly has three wonderful children and a husband who defines the person she is today. She works full-time as an Ultrasound technologist in Sugarland, Texas.

Buy the book at Amazon or Smashwords

MomJane said…
A great and exciting excerpt.
8:18 AM

Unknown said…
Thank you for hosting the tour, My World.

Unknown said…
Wow! This book sounds amazing! Thank you for the great post and contest!
3:11 PM