This post is part of a virtual book tour organized by Goddess Fish Promotions. Angela will be awarding a $5 Amazon GC to a randomly drawn winner via rafflecopter during the tour. Click on the tour banner to see the other stops on the tour.

One bad decision can change your life forever. Alyson Carter has always put her family first, so the small town of Sage Grove is shocked to learn she’s abandoned them for a man she met online. Seeking a more exciting life, she moves to his horse ranch in Colorado.

Attempting to adjust to life without her, her husband, Kurt, accepts an opportunity to train with the FBI, reluctantly allowing their daughter, Lacy, to move in with a family friend. When the friend is kidnapped, it’s discovered Lacy was the intended target. Pursued by unknown assailants who will stop at nothing to catch her, Lacy finds herself scared and alone. She turns to her mother for protection, unaware that her mother’s secluded mountain sanctuary has become a prison. Alyson discovers she’s merely a pawn in the deadly game of a man she thought she knew. Secrets and lies draw her family onto a collision course with cold-blooded killers.

Her ill-fated decision has placed them all in danger, and she is forced to confront her enemy head-on to protect herself and her daughter. Now she must depend on a God she turned her back on and the husband she left behind to save them both.

Lacy heard the glass grind under her feet as she made her way through the kitchen, stepping over broken dishes and around the dining chairs. Her phone lit the way to the garage. Her bag was leaned up against the wall. She grabbed it and sprinted toward the door. A blood-curdling scream coming from her bedroom pierced the silence. She unzipped the bag and grabbed a bat. She wasn’t exactly sure what she was planning to do, but she wasn’t walking into that room unarmed, and there was no way she was leaving without Kara. Gripping the bat, she crept down the hall. Deep voices coming from her room, and the sound of furniture being shoved around stopped her in her tracks. She heard a shuffling of feet, and lifted the bat over her head. Before she could react she saw three figures emerging from her room. Squinting through the darkness, she made out the shape of a rifle in the first one’s hand. The second one had something thrown over his shoulder, and as he got closer, she could tell it was Kara. She couldn’t take this on with just her bat, but she had to save Kara. Focus, Lacy! Inhaling deeply, she slowed her pounding heart. They walked into the living room so silently that she knew they weren’t your average drugheads looking for money. Where were they taking Kara, and why? What would help Kara most? Lacy thought of attacking them, but three to one were not good odds. Maybe she could distract them and try to get them to follow her? There was no time; they were taking her out the door. She tiptoed across the floor, and peered outside just in time to see them disappear around the side of the house. A loud creaking noise escaped from under her foot and she froze mid-step. She held her breath and waited. An engine started up, and a black SUV backed from the side of the house. She had to do something, or they were going to take Kara. Her dad would never let this happen without a fight, so neither would she. Bat above her head, she launched herself off the porch.

The bat slammed into the front windshield without making a crack. Her eyes locked with the burly guy on the passenger side. He went for his door, so Lacy took off running into the dark night. 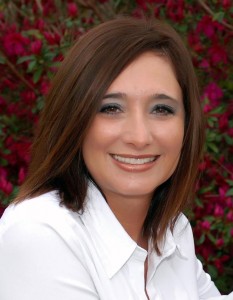 About the Author:Angela has been a passionate reader her whole life and that love of reading developed into a love of writing. She is excitedly awaiting the publication of her first novel, Tangled Web. She wants to tell the stories of real people who make real mistakes and, yet find real redemption. People who are leading normal lives and suddenly find themselves thrust into extraordinary circumstances. Sometimes they make good decisions and sometimes bad decisions. But either way they must live with the consequences.

Much of her inspiration comes from her life in a small town and her love of all things suspense. Her perfect storm is when the two collide. Crime in a small town impacts everyone because of the close ties.

Angela lives in Texas with the three loves of her life; her husband Leslie and sons, Kyle and Chase. Other than writing, she loves coffee, 80’s music, hiking in Colorado and HGTV. She aspires to live a joyful life, always chase her dreams and never settle for mediocrity.

Goddess Fish Promotions said…
Thanks for hosting!
6:23 AM

Unknown said…
Thanks so much for hosting!! I hope you get a chance to read the book!
4:08 PM