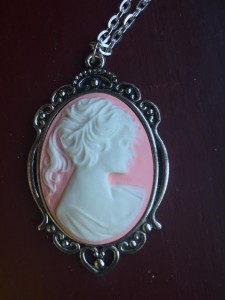 This post is part of a virtual book tour organized by Goddess Fish Promotions. Jeanette will be awarding a Victorian cameo to a randomly drawn winner (International) via rafflecopter during the tour. Click on the tour banner to see the other stops on the tour.


I’d never thought before about the view from my desk. All I can see from here is the great big screen that obscures the view out my window. I think this explains why I am such a fan of finding quiet, scenic places where I can write. My home desk is also where I pay bills, handle business, answer email, digitize music, surf the web, get on Facebook, and do any number of other things. It’s a space filled with distractions.

I think that’s why I’ve done a lot of writing in a lot of different places. Frequently when I travel, I will tack on a few extra days where I can hide someplace pretty, and quiet, and get some writing done. 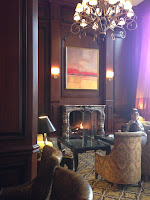 When my husband had a job interview in Kansas City, while he had rounds of interviews, I took my laptop and sat by the fireplace in the big, gorgeous lobby of the Intercontinental Hotel. When he had a conference in Washington DC, I spent the day writing in the conference center’s giant atrium. 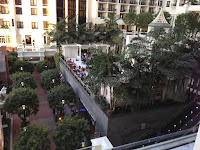 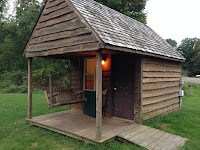 I’ve been able to find much quieter places, as well. One time I took two days before a weekend conference to rent a cabin in Allegheny National Forest. It was perfect. I had an adorable little cottage with a front porch, a view of a stream in front of me, and when it got cold and rainy, I was able to move into my cabin – which had a heater. When I needed a break, the restaurant in a nearby town had a friendly waitress who let me take two or three hours to continue typing while I slowly ate my dinner. 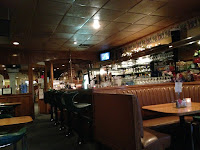 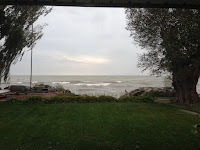 I also have friends with a cabin in Canada, which might be the best writers’ retreat there is! The cottage is spacious, bright, and comfortable, with a porch and several couches and tables that are all great places to write. There’s a view of Lake Erie from the back porch, and when I needed a break, the winery down the road was happy to let me sit at a table for hours, typing away in front of the giant glass windows with a salad and a glass of wine in front of me. 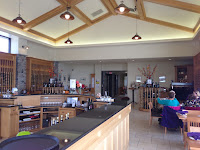 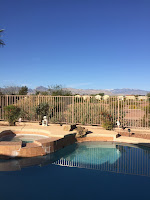 Of course, if everything else gets too chilly, I can go visit my cousin in Las Vegas and hide out on her back porch!

Thomas Baldwin finds himself married to a woman he can’t stand, while head-over heels in love with another woman he can’t have. Talk about bad planning. He feels like a kite, buffeted by circumstances which blow him not only through personal crises, but also through some of the most significant events in Pittsburgh during the late 1800s, including the railroad riots of 1877, the creation of the Homestead Steel Works, the assassination of President Garfield, and the Johnstown Flood. Over time, and with the help of his muse, who dances maddeningly just beyond his reach, he takes control of his life, wresting it from the winds attempting to control him.

A carefully-researched historical novel about life among the privileged class of Pittsburgh during the Industrial Revolution.

Irritating his mother wasn’t specifically Thomas’ favorite hobby. She did, however, seem to excel at providing him with opportunities to do so. He didn’t have to try very hard. His very existence was an obvious irritant to her. It wasn’t because of who he was – Thomas knew perfectly well it was all about what he wasn’t.

He wasn’t everything his older brother Benjamin had been; quick and clever and charming and talkative. The entire Baldwin family – especially his mother, Eugenia Baldwin, aspiring family matriarch and his most verbal critic – admitted that Thomas was the much more handsome of the two. Then everyone shrugged. Pretty is as pretty does.

Thomas had to agree on that point. He gladly would have traded his bright blue eyes and much-admired dark hair for the ability to know what to say to people.

He stood at the entrance to the ballroom in his parents’ house, surrounded by giggling girls all wishing him a happy birthday with their dance cards not-so-subtly dangling from their wrists. Trying to smile, he offered his hand to accept the little pencils and sign the blasted things. 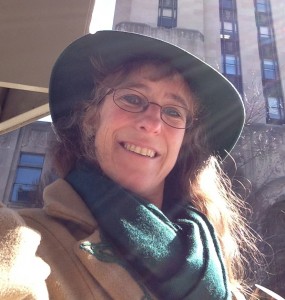 When she isn’t writing, she teaches social ballroom dances, refinishes various parts of her house, and sews historical costumes and dance costumes for her Cancan troupe.

Goddess Fish Promotions said…
Thanks for hosting!
4:31 AM

Jeanette said…
That goes double for me!
2:32 PM

Unknown said…
Reading about the different places you have written was very interesting. I think I would have to write by myself somewhere like one of the cabins you mentioned. I don't believe I could write in a public setting~way too many distractions for me! I'm easily "de-railed". I really enjoyed the excerpt~thank you for sharing!
10:55 PM

Jeanette said…
Betty, the quiet cabin by myself is definitely the best place to work! I'm totally with you on how easy it is to get derailed.
1:06 AM