This post is part of a virtual book tour organized by Goddess Fish Promotions. One randomly drawn winner will receive a $50 Amazon or BN gift card. Click on the tour banner to see the other stops on the tour.

Thanks for stopping by, Katherine. Is your life anything like it was two years ago?

Hell no. Two years ago I was a normal staff member in a normal job with normal hobbies, and now I’ve progressed through being a team leader (eleven months), a quality and improvement analyst (for life hopefully), a company-wide poster girl, a published recipe expert (internal work calendar September, Berries and Cheesecake Brownie), and a published author of a crime novel. In other words I seem to be doing a lot more work, but I’m waiting for the pay-scale to catch up.

Have you ever had an imaginary friend?

I haven’t – I spend most of my time alone with a virtual me in my head that I hold debates with and pedantically lecture about stuff I’ve just learned, so there’s no room in there for an imaginary friend. I did have very strongly held beliefs for a long time that there were imaginary ghosts and evil spirits lurking everywhere in the house as soon as it got dark (which made sleeping a very troubling activity) but luckily I’ve grown up to embrace the darkness as something to hide what I’m getting up to!

Do you have any phobias?

I don’t have any true phobias but I definitely don’t get on with spiders. Why do they have so many legs? Why do they have so many eyes? Why do they always sneak about and hide in corners? I’d rather have the insects thanks - I’ve got fly-spray. I don’t know what they think they’re doing, scrabbling across the walls all the time and getting in your face and stuff. Every time I see a spider it’s never full on, I always catch them out of the corner of my eye so they give me a hell of a fright. What’s that about, eh? Stupid things.

Ever broken any bones?

I’ve never been active enough, or courageous enough to break anything.

Rena Sutherland wakes from a coma into a mother’s nightmare. Her daughter’s is missing – lost for four days – but no one has noticed; no one has complained; no one has been searching.

As the victim support officer assigned to her case, Christine Emmett puts aside her own problems as she tries to guide Rena through the maelstrom of her daughter’s disappearance.

A task made harder by an ex-husband desperate for control; a paedophile on early-release in the community; and a psychic who knows more than seems possible.

And intertwined throughout, the stories of six women; six daughters lost.

On the fifteenth of March 2007 I came home after a short day’s work, and Emma wasn’t there. Jacob was, but he was unconscious on the bed and from the smell of him he hadn’t got to that state accidentally.

There were the police asking endless questions. There was the media attention and my daughter’s photo pasted across the front page of a lot of newspapers. She didn’t look anything like those photos. She was living, breathing, full of motion and life and energy. She would snuggle in next to me on a weekend morning and run a length of my hair through her pudgy wee hands and exclaim in admiration ‘Mummy. You’re so pretty.’ 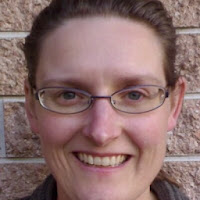 41 years old. Author. Insurance worker. Yeah, you got me.

♡♥♬ Carolsue ♡♥♬ said…
I liked the excerpt from the book. It sounds like a winner!
Digicats {at} Sbcglobal {dot} Net
4:05 AM

Goddess Fish Promotions said…
Thanks for hosting!
5:13 AM

MomJane said…
What a touching and tender excerpt.
9:57 AM

Anonymous said…
It's a fun interview!

Katherine Hayton said…
Hi Judy, Thanks very much for hosting me today, and thanks to your readers for taking the time to stop by and comment. Cheers, Katherine.
10:18 PM

♡♥♬ Carolsue ♡♥♬ said…
I also enjoyed the Q&A session with the author. It was fun reading.
Digicats {at} Sbcglobal {dot} Net
3:49 AM