Welcome to the cover reveal of HEART OF STEEL by Elizabeth Einspanier, a Science Fiction Romance available February 17, 2015. Elizabeth is giving away a $20 gift certificate to Steampunk Emporium. Click on the tour banner to see the other stops on the tour.

When reclusive cyborg Alistair Mechanus meets his captive, ER doctor Julia Parker, it is love at first sight--for him. While he eagerly drops his plans for World Conquest to woo her, ten years of solitude have left his social skills badly rusted. When his misguided act of kindness spirals out of control, however, Julia is forced to trust the mad genius with her life, and she discovers the vulnerable side under his armored plating. She has the skills he needs to unlock his forgotten past, but learning who he used to be may come at the cost of his remaining sanity.

“I need you to keep talking,” he said quietly, and was surprised by the tremor he heard in his own voice. He cleared his throat. “I’m not used to being alone in my own head. It’s…” he shook his head. “It’s too quiet, without Arthur.”

She touched his shoulder, just below the ragged fabric where his sleeve had once been. Her fingers were warm and soothing against his bare skin.

“How’s your arm feeling?” she asked.

She was quiet for another interval, though two or three times he heard her inhale as if to speak.

“I… look,” she said, sounding uncertain. “You’ve… done a lot for me. You saved my life… you led me to safety… you even put your life on the line for me—and this is just today. I don’t… I don’t think I really thanked you for all that. I was hung up on the parts you didn’t do, or did wrong, and that isn’t right.”

“You tended to my injuries,” he pointed out. “Was that not gratitude?”

“That was me being a doctor,” she said. “That’s different.”

He wasn’t sure where she was going with this, and had no idea how to request that she get to the point already without sounding peevish. That absolutely wouldn’t do.

However, the silence between them stretched, a yawning void that he could not bear to leave empty. He turned his head to look at her again, and that was when she kissed him on the mouth. 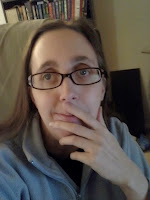 Goddess Fish Promotions said…
Thanks for hosting!
9:01 AM

Ruby Luxury said…
Thank you for hosting my blog tour! I won't have constant access to the internet today, but I will check by around noon and in the evening. I will be sure to answer any questions or comments then, so don't be shy!
9:30 AM