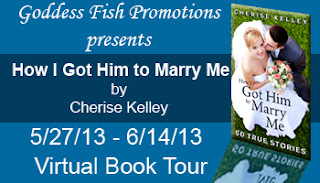 This post is part of a Virtual Book Tour organized by Goddess Fish Promotions. Cherise will be awarding a $25 Amazon or BN.com gift card to a randomly drawn commenter during the tour. Click on the tour banner to see the other stops on the tour. 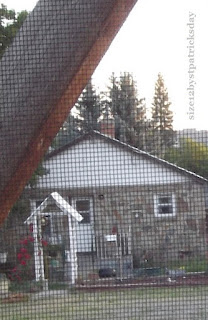 Here is a photo of the cute little stone cottage outside my office window. I am a Twilight fan, and I like to dream that this is Bella's birthday cottage! I think Bella's story is memorable in part because it is Edward who is so keen on marriage, not Bella. This is a great fantasy. Reality is that most women today pine and wonder, "How do I get him to marry me?"

Part of the problem is this stigma we have against teen marriage. Bella Swan rejects Edward Cullen's marriage proposal over and over because she fears being looked down upon for getting married fresh out of high school. I think it is fine for an eighteen year old to get married and have children. I wanted to at eighteen, but my older relatives talked me into waiting until I graduated from college. Guess what? That took ten years. By then, I was twenty-eight. It is a lot more difficult to find a husband at twenty eight than it is at eighteen, especially if you are only average looking.

I did finally get married when I was thirty one, but we decided we were too old to have children. We both regret that now that we are in our fifties, but it is too late to change. I substitute teach as a kind of substitute for being a parent, and that brings me a measure of happiness.

My latest book is about how fifty women made their dream of getting married come true. In the introduction, I admit I am tempted to lecture you about how hard it is to get a husband once you're over twenty five. I resisted the temptation, though. I simply let these fifty women tell their stories. I hope you will read between the lines and see for yourself what works and what doesn't.

The paperback is on sale at Amazon. The eBook is available now for Kindle, Nook, iTunes, and Kobo. I'm writing novels based on some of these true stories! Be notified when new Marry Me books come out! Sign up here!

Scott and I have been married since 1994. We live in Washington State near Spokane. 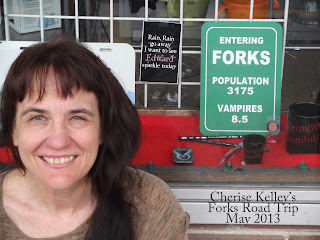 When Scott asked me to be his girlfriend, I surprised him by saying, "No." We were on the phone, as we were every night. I could tell he was hurt, but since we were on the phone and not together in person, we had to talk, and that was a good thing.

I explained, "I'm 30 years old. I've already had the last boyfriend I am ever going to have. In the future, I am going to have a husband, not a boyfriend."

He surprised me by taking this in stride. "I understand," he said. "You do realize I am in the Navy and all that entails?"

Four months later, he took me on a date to the top of the Space Needle in Seattle.

He passed me a little black velvet box under the table, and whispered: "Babe, will you marry me?"

Yes, that's what I said. Not very romantic, was I? 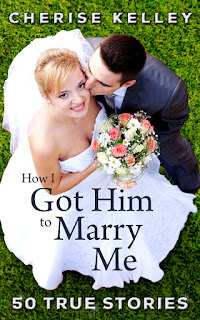 He likes it. Now get him to put a ring on it!

Learn from these 50 stories of women who have been there!

Sandy's boyfriend Jack wouldn't even bring up the 'm word'. She started leaving her things in his apartment, including some tampons in his bathroom. It worked! Too off guard to make excuses like "Living together is just as good as being married," Jack said, "People will start to think you're my wife!" "Well, how about it?" Sandy asked Jack.

Crystal got Paul to skip just living together by refusing to move across the country until she had a marriage license, signed and dated.

Read these full stories plus 48 more, ranging from the heartwarming to the hilarious!

You don't have to interview 50 married women to find out how they managed to get that ring on their finger. The author has done that for you. All 50 were married after 1990, so this is modern information for our changing times. Read and find out how you can get him to marry you and not just live together!

Mary Preston said…
I know that my sister started to panic when she was 33 and still not married. She was desperate for a family, but all the men were looking at the 18 year olds.

Goddess Fish Promotions said…
Thank you for hosting today.
6:49 AM

Unknown said…
The reality is, people are getting married older and older, and they are having kids later and later which makes things difficult. I think the unwed thirty somethings are okay though. They can catch the wave of divorcees and be a second wife :P

Cherise Kelley said…
I hope your sister got what she wanted, Mary. That's true, Andra, only, birth defects are much more common in babies born to women over 35. My mom is a neo-natal intensive care unit nurse, which means she takes care of babies with birth defects. She warned us that once a mom reaches age 35, the risk of birth defects goes up by 10% every year, especially for a first pregnancy.

It makes much more sense to have your babies while you are young, but not too young, of course. I firmly believe a woman should graduate high school first!

Rita Wray said…
Love the stone cottage, it is cute.

MomJane said…
I really think this sounds like an interesting book. I was married at 19, a mother at 20. I loved every one of my 6 children, and have never been sorry I married young.
6:30 PM

Cherise Kelley said…
Ingeborg: Isn't the stone cottage darling! It was up for sale when we first rented our house. My husband noticed how much I loved it, and asked if we should buy it. "No!" I said, "I would rather look at it from my window and see how cute it is than sit inside it and not see it!"

MomJane: I envy you your children and grand children. Give them all hugs for me! I had three chances to get married to guys who wanted kids, when I was young enough to have them, and I passed them all by. I thought I had plenty of time and that guys would always be begging me to marry them. Nope. That only lasted till I was 20 or so. If I had it to do over, I would get married young and I would have grandchildren by the time I was my age now, 50, God willing.