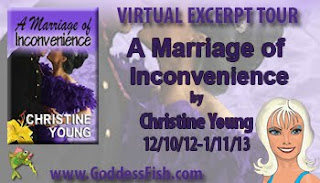 When the duchess decides to wed her to a wastrel and a fop, Ravyn Grahm takes matters into her own hands and declares her engagement to another man. Instead of fessing up and telling her great aunt what she has done, she goes through with the pretense. Aric Lakeland is the bastard son of an earl and has a dangerous reputation. But Ravyn is willing to do most anything to keep the duchess from discovering the lie.

He'd bought land in America, looking to put down roots and end his life of adventure, but Aric Lakeland got more than he bargained for when he encountered a beautiful heiress who made a promise she didn't want to keep. But the promise could not be undone and standing between them were more obstacles than either ever dreamed. Aric had made plans to spend the rest of his life in America and that was at odds with Ravyn's plan of living in England and running her father's estate. Now, he'll have to choose between his dreams and the woman he loves more than life.

A deep sound vibrated through Aric as hunger knotted fiercely in his body, his muscles corded beneath Ravyn’s exploring hands.

"Aric?" Ravyn whispered. "Is something wrong?"

"Hell, no. I just learned that little imps have tiny golden claws, that’s all."

He laughed deep in his throat as he looked at her dazed, sultry eyes and flushed lips. "You taste of brandy," he said.

"I taste of you. Lick my lips, Ravyn. Let me feel that soft little tongue in my mouth."

Desire shimmered through her. "I didn’t know…"

Aric made an inquiring noise that sounded like a purr of eagerness.

"The kiss," she whispered. "I didn’t understand--I didn’t--it was so intimate. I tasted you."

"The brandy was all you."

"The rest of it wasn’t. You’re so hot and almost salty and mostly sweet." Ravyn shuddered. "Like this brandy, you make me dizzy." 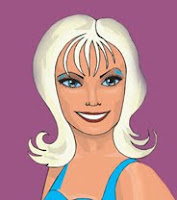 Born in Medford, Oregon, novelist Christine Young has lived in Oregon all of her life. After graduating from Oregon State University with a BS in science, she spent another year at Southern Oregon State University working on her teaching certificate, and a few years later received her Master's degree in secondary education and counseling. Now the long, hot days of summer provide the perfect setting for creating romance. She sold her first book, Dakota's Bride, the summer of 1998 and her second book, My Angel, to Kensington. Her teaching and writing careers have intertwined with raising three children. Christine's newest venture is the creation of Rogue Phoenix Press. Christine is the founder, editor and co-owner with her husband. They live in Salem, Oregon.

Goddess Fish Promotions said…
Thank you for hosting today.
5:53 AM

Mary Preston said…
Thank you for a fabulous tour. I just need to read the rest of the book now after all the wonderful snippets.

MomJane said…
I have really loved following your tour. This story sounds so awesome.
9:30 AM

Christine Young said…
Thanks to My World of Dreams for hosting A Marriage of inconvenience today. And thanks to all of the my wonderful followers as well as the new people I have met on this journey.

If you wish to purchase this book it will be $2.99 for through the weekend then the price will go up.

This book is the first in a series that began with Allura, then The Wager.

Anonymous said…
I enjoyed your tour and reading the excerpts.

Karen H said…
Thanks for all the excerpts and reviews. The tour has been a lot of fun.