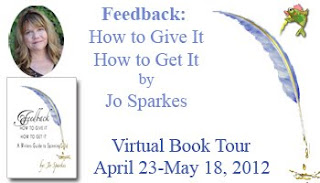 This post is part of a Virtual Book Tour scheduled by Goddess Fish Promotions. Jo will be giving away a $50 Amazon GC to one random commenter at the end of the tour. Click on the banner to see the other stops on the tour--remember the more stops you comment on, the better your chances of winning.

Okay. First I'll confess, genre is not my favorite thing. It's a label, a way of dividing things into categories. And I've always been anti-label. Too confining.

Think about it. I had a writing professor use the term “bodice rippers” the first time I ever heard it. He pointed out that the image of the couple on the cover, panting in each others arms, clothes askew, boldly declared a promise about what was inside. Your father, looking for a book on the space program, is not going to pick it up by mistake.

And if the book had an Apollo 13 capsule on the cover? No seeker of romance will read the title, much less buy it.

There is, naturally, a ton of things to do to make your book stand out among all the romances available today. But we'll save that for another time.

Each genre in turn has rules that the reader expects. And if you think no one will yell if you break them, try writing a bodice ripper where the heroine dies at the end. Even in cross genres – new books coming out that merge or blur the lines between genres – there are subtle rules, which is to say expectations by your audience.

And that's the key – the audience. You need to understand them. They are never wrong, and they are very smart.

Mystery lovers want to solve the mystery. There has to be clues in your story, clues that upon reflection tell who did it, but don't shout 'murderer' too soon. And the murder itself must make sense, with a good motive and well-thought out plan. The reader has to think, 'of course!', not 'What the hell???'

Science Fiction readers love science fiction. They expect a science-based world, stretched however you like but it must have some grounding in science. Great science fiction is a marvelous exciting story in a universe with a new twist on existing knowledge. So much the better if that twist becomes part of the plot.

The accepted advice is to research your genre. Personally, I don't buy that. It sounds far too detached, lacking passion. Instead, write the tale you have to write – the one that haunts you. Then let others tell you what genre it really is.

And – perhaps most difficult of all – be open to feedback. When suggestions come back to you, weigh them carefully. It's always the writer's choice, of course – but you really won't interest too many people in that bodice ripper / Greek tragedy. 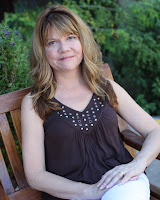 A well-known Century City producer once said that Jo Sparkes "writes some of the best dialogue I’ve read." Not only are those words a compliment to Jo’s skills as a writer,but a true reflection of her commitment to her work.

Taking every class she could find, she had the good fortune to study with Robert Powell; a student of renowned writers and teachers Lew Hunter and Richard Walter, head and heart of UCLA’s Screenwriting Program.

The culmination of those years was the short-film "The Image", which she wrote and produced singlehandedly. And in so doing, she became fascinated with the dynamics of collaboration on a project.

Since then, Jo hasn’t looked back. Her body of work includes scripts for children’s live-action and animated television programs, a direct-to-video children’s DVD, television commercials and corporate videos. She's been a feature writer on ReZoom.com and a contributing writer for the Arizona Sports Fans Network, where she was called their most popular writer, known for her humorous articles, player interviews and game coverage. Jo was unofficially the first to interview Emmitt Smith when he arrived in Arizona to play for the Cardinals.

She has adjunct taught at the Film School at Scottsdale Community College, has teamed with a producer on a low budget thriller, and a director on a new "dramady.” She went in front of the camera for a video, “Stepping Above Criticism”, capturing a popular talk with her students.

Her new book, FEEDBACK HOW TO GIVE IT HOW TO GET IT, shares her lessons learned with writers, and indeed everyone dealing with life's criticism.

When not diligently perfecting her craft, Jo can be found exploring her new home of Portland, Oregon, along with her husband Ian, and their dog Oscar.

Feedback … a kinder word for criticism, is an organic component to life.

When a toddler learns to walk, he falls. He screams, cries – and persists. What would happen to the human race if he gave up after a few bumps?

Here, at last, is a simple process for getting the most from all the feedback the world offers us.

Mary Preston said…
It's a rare book nowadays that is strictly one genre or another. I love the blurring of lines.

Judy, thanks so much for hosting me!

MomJane said…
I think that if you write what you love, the genre will be obvious. However, you are correct, a writer must be open to others opinions on the genre.
7:07 AM

Catherine Lee said…
I love today's post, Jo. With the explosion of indie and self-publishing, there's much more opportunity for titles that are not easily labeled or defined. As a librarian, I must confess that we are the QUEENS of labeling, categorizing, "genre-fying." Our whole classification system is dependent upon being able to group like things together by subject!