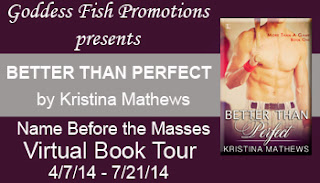 This post is part of a virtual book tour organized by Goddess Fish Promotions. Kristina will be awarding a $10 Amazon GC plus a digital copy of the book to a randomly drawn commenter during the tour. Click on the tour banner to see the other stops on the tour.


It’s Never Over ‘Til It’s Over- My Call Story

I love baseball. From t-ball to the Major League, I love the game. The history, the mathematics, the physics. I love that there is no clock, except to note the time of the first pitch. The game ends when it is over, when the last out has been recorded. It could be a 1-0 shutout or a 10-9 walk-off homerun to win it in extra innings. There are 162 games in a Major League season and no team will win them all. But with hard work, persistence and a little bit of luck, a team can win it all.

One of the things I love most about baseball is that it is never over until it is over. Perseverance is the most important trait a baseball player can have. Not size or strength or superhuman talent. Sure, those things help, but the biggest asset a player has is the ability to never give up.

The same thing can be said about writing. Or any dream worth pursuing.

I started my first romance novel twenty years ago. Just playing around, really, as a way to entertain myself when I was first married and we didn’t have cable. Just baseball on the radio and my imagination. The first book I ever finished was an inspirational secret-baby spy thriller with a lot of navel contemplating and wine induced flashbacks. It was horrible, except for the last two words “The End.”

Finally in 2010 I finished my second book. This time I felt like I could take the next step—publication. While researching agents and publishers, I discovered Romance Writers of America. They had a chapter that met in Sacramento. I couldn’t make the next meeting, because it was opening day of Little League, but I signed up as a guest for the following month.

I’’ve met many amazing and welcoming writers. I felt completely over my head, but also like I belonged there. I’ve learned about the craft and business of writing about how to pitch (not a baseball, but a book) and finally after four years, Better Than Perfect was published.

But I almost gave up on this book. I’d received several rejections, most of them as a form letter. I got a few suggestions, encouraging me to keep writing but I wasn’t quite there yet. I was getting frustrated because I wasn’t sure what was wrong with my book. I was getting requests to my queries, but then…nothing. So I was really excited to win a critique by an author on a blog I follow.

I sent off my first 50 pages to her at the same time as a few agent and editor requests. I got a couple of rejections, again generic. One even spelled my name wrong and it ended up in my spam folder.

But I kept at it. Savvy Authors hosted a “Pitch Perfect” event the month of April. They set up several agents and editors to take pitches on their website. I got two requests right away, and sent the required partial or full manuscript. One of the editors I pitched to didn’t post the results right away, so I had to check back.

In the meantime, I got my critique back. It was like my dental hygienist—very thorough and painful. I couldn’t finish reading it. I know she was trying to be helpful, but I was pretty down. I figured my hero was destined for the disabled list, maybe permanently. I was working on the second book in the series, but I stalled out around chapter ten. I wasn’t ready to give up, but I felt like I was down to my last strike.

I checked the Savvy Authors website and sure enough, the last editor wanted to read my manuscript. I sent it, thinking if I was going to go down, I’d go down swinging.

The next day she sent me a quick e-mail telling me how much she looked forward to reading it.

About a week later she’d finished reading it. I read the e-mail skimming past the words “I loved it” waiting for the “but.”

There was no “but.” She wanted my book.

A week later I had signed the contract with Lyrical Press.

So yeah, sometimes you can be down to your last strike, and with one swing of the bat (or click of the mouse) you can hit one out of the park.

The woman he left behind and the son he never knew are tougher opponents than any he’s met on the field.

Pitcher Johnny “The Monk” Scottsdale has won awards, been named an All-star and has a perfect game to his credit. Known for his legendary control both on and off the field, his pristine public image makes him the ideal person to work with youth players in a preseason minicamp. Except the camp is run by the one woman he can’t forget…the woman who made him a “monk.”

Alice Harrison’s three strikes include an unexpected pregnancy, a marriage of convenience and young widowhood. She once traded her dreams so Johnny could have a chance at making it to the Majors. Johnny comes back into her life just as she’s ready to resign as foundation director and pursue her own dreams of finally earning her teaching credential. Her plans may go on hold, though, depending on the reaction when she confesses she may have kept a major league secret from Johnny and her son.

With the minutes ticking by until Johnny will leave for spring training, they’ll need to let go of the past and work together in order to win the game of love.

“Congratulations on your new contract. I know you’re going to have a great year.” She sounded like any other fan, wishing him well. She just marched right up to his table to ask for an autograph. A freaking autograph? Like he meant nothing to her.

A slight breeze blew her hair around her face. She tried to smile as she tucked a loose strand behind her ear. Blond, straight, silky—and if he remembered correctly—oh-so-soft. She wore modestly cut jeans and a soft blue sweater that on anyone else would have looked plain and proper. He didn’t need to glance at her left hand to know she was off limits. Yet, she still moved him like no other woman ever could. Made him long for what he’d had. What he’d lost. What he’d tried for years to forget.

Johnny nodded, giving his most sincere smile, even though seeing Alice, and her kid, hit him like a 97-mile-an-hour fastball.

They started to walk away.

“Give my best to Mel.” As if he hadn’t already done that. 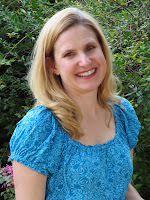 Kristina Mathews doesn't remember a time when she didn't have a book in her hand. Or in her head. But it wasn't until 2010 that she confessed the reason the laundry never made it out of the dryer was because she was busy writing romance novels.

While she resigned from teaching with the arrival of her second son, she's remained an educator in some form. As a volunteer, Parent Club member or para educator, she finds the most satisfaction working with emergent and developing readers, helping foster confidence and a lifelong love of books.

Kristina lives in Northern California with her husband of twenty years, two sons and a black lab. A veteran road tripper, amateur renovator and sports fanatic. She hopes to one day travel all 3,073 miles of Highway 50 from Sacramento, CA to Ocean City, MD, replace her carpet with hardwood floors and serve as a “Ball Dudette” for the San Francisco Giants.

Buy the book at Lyrical Press, Amazon, or Barnes and Noble.

Goddess Fish Promotions said…
Thanks for hosting!
4:54 AM

Kristina Mathews said…
Thank you for having me on your blog today. I hope to get to know some of your readers.
10:12 AM

Maria said…
The no clock in baseball is fine, but we could do with less commercials... :>)

BTW, the banner at the top sort of implies the blog tour is over already?

Kristina Mathews said…
Maria,
Yes, I would be happy with fewer commercials. Especially when they repeat the same ones over and over again.

I think this is the last stop on this tour. I have a new book out and am starting a new blog tour on Wednesday.

Rita Wray said…
Thank you for the excerpt.
3:12 PM

Elena said…
I like the excerpt. Thank you for the giveaway!